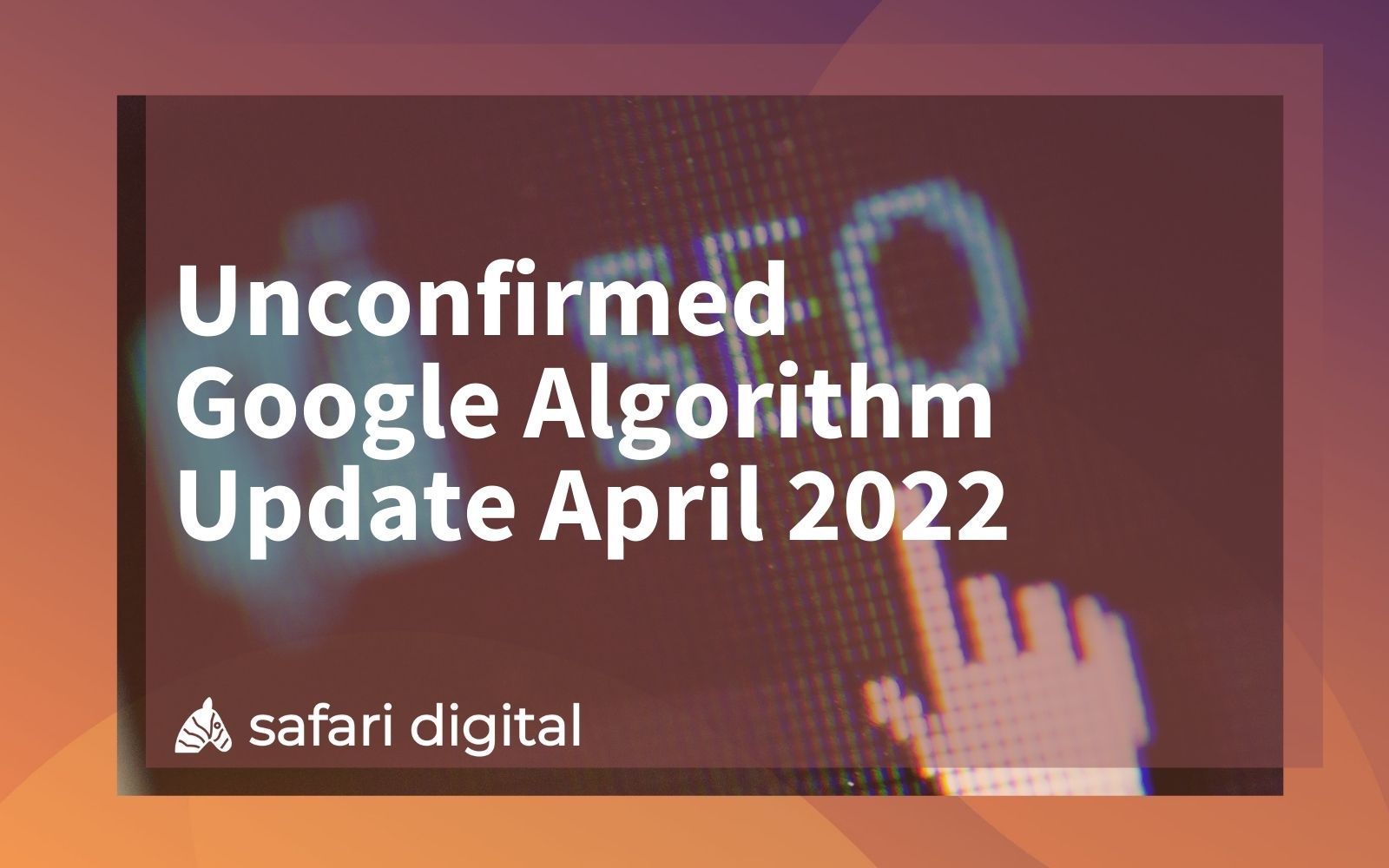 Has an unconfirmed Google Search Algorithm Update started rolling out in the first week of April 2022?

According to the search ranking tools, the search results have been extremely volatile since the 1st of April with a high-level of volatility on the 1st, 4th, and 6th of April 2022.

The fluctuations follow a relatively quiet period in the weeks following the confirmed Google Product Review Algorithm Update in late March. Despite early concern that the product review algorithm update would cause significant changes to search engine results, the changes have been relatively subtle.

What the SEO Forecasting Tools Show

The changes that we are seeing in the Semrush sensor accurately display the level of volatility that we are seeing across more than 100 tracked websites. The industries with the most changes include professional services, medical, gaming, news, and e-Commerce.

Mozcast shows a much lower level of SERP fluctuations which (from the data that we are seeing) is a less accurate portrayal of the number of SERP changes currently occurring.

Has Google Released an Algorithm Update?

Google has not confirmed an algorithm update as of the 6th of April 2022. Since the beginning of April we have observed non-stop, hourly fluctuations to search results that are catapulting new websites onto the first page of Google, before throwing them off in a matter of hours. Top 3 search results volatility is relatively low, however, positions 5-15 have displayed a lot of volatility over the past week.

Google is certainly ‘trialling’ new websites on the first page of Google across all of the niches that we follow. However, from what we can see, many of these websites are dropping on and off the first page multiple times each day. We would suggest that this is pre-emptive SERP testing in the run up to the next major, core algorithm update.

Is a Google Core Update on the Horizon?

Yes. Based on the data collected below from Core Updates over the last two and a half years, we believe that a Core Algorithm Update is imminent. Our calculations suggests that a core update may be coming as soon as the 17th April, however, past data indicates an early May Core Algorithm update is more likely.

Keep an eye on the websites that are popping up on the first page of Google in your niche. Finding similarities between these sites whether it is in their content or off-site factors like backlinks could allude to the forthcoming core algorithm update. At this stage, most of the major fluctuations are not sticking, however, we would suggest that the next core update will be a different story.