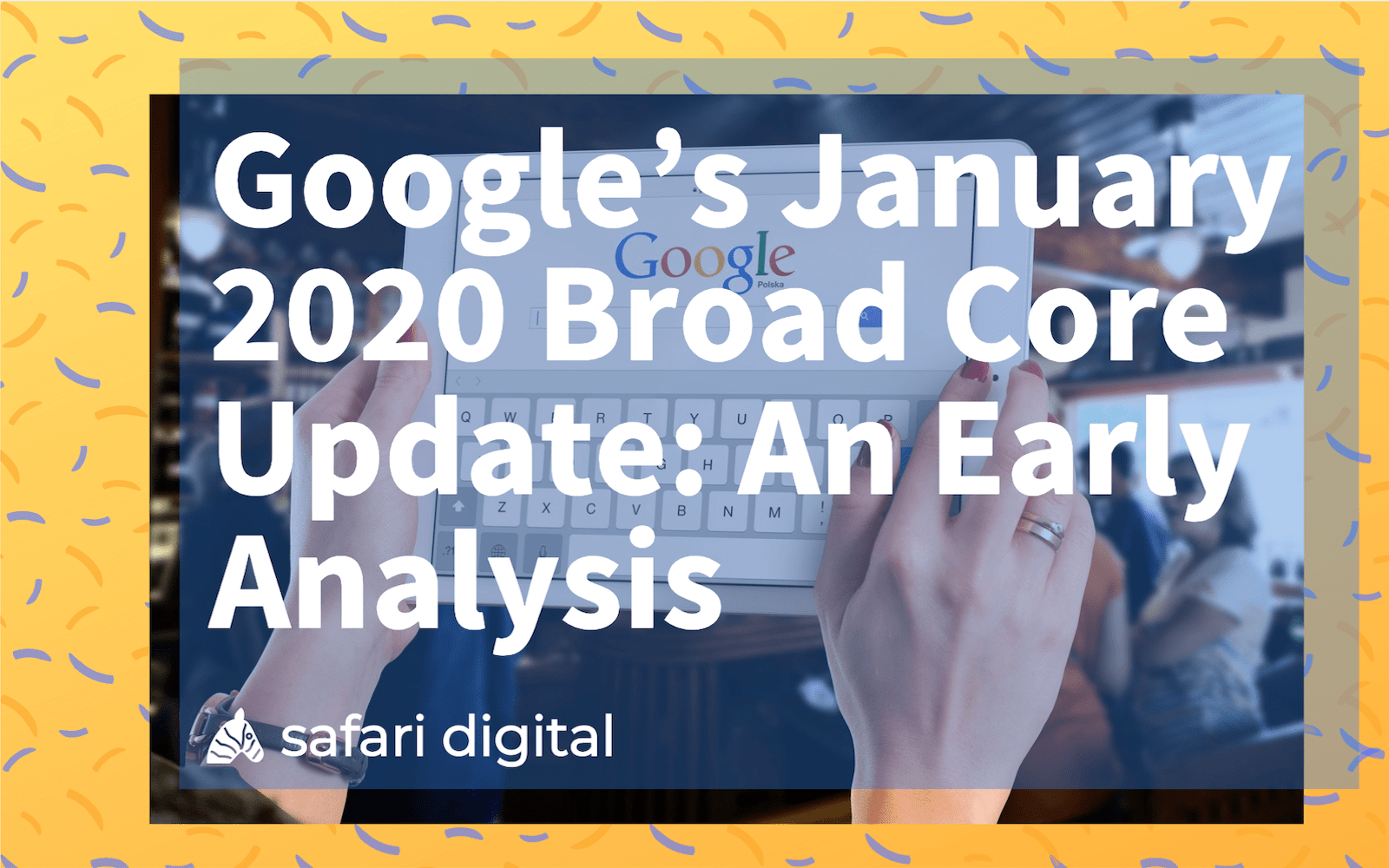 The January 2020 Google Core Update started rolling out on the 13th of January – here’s everything we know so far.

In case you missed it, Google has kicked off the new year with a bang and rolled out their January 2020 Core Update. Keeping in line with their algorithm update communication strategy, Google’s Search Liaison’s twitter account announced the update was being rolled out earlier this week. The broad core updated was released and then implemented in various Google data centres over the subsequent days. 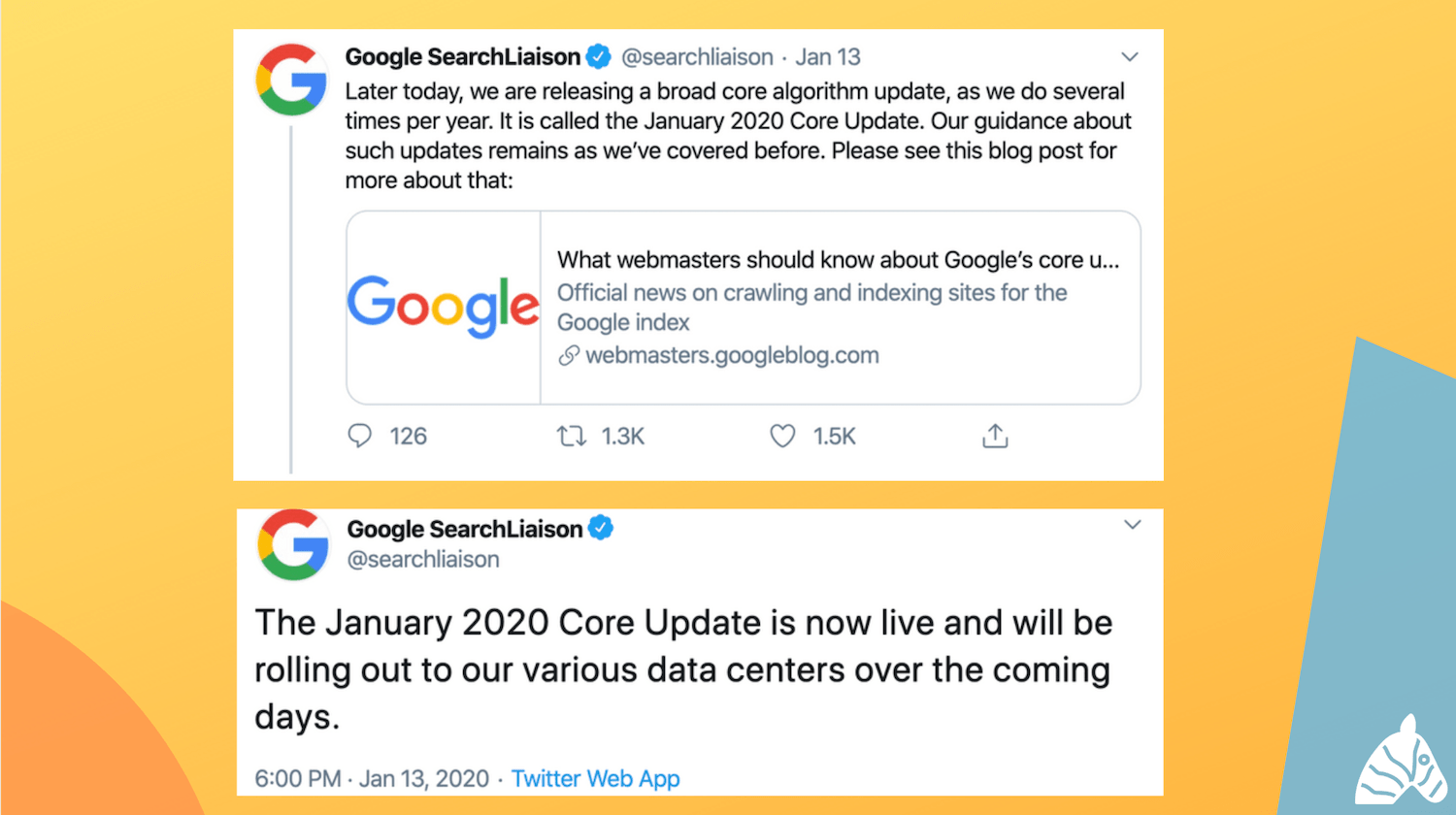 Google’s twitter account continues to be the first pint of contact with the release of algorithm updates. They first began pre-announcing core updates with Twitter in 2019 – or at least, confirm the updates after their release via Twitter. The new line of communication with social media was an attempt to put an end to constant speculation in the SEO community following every Google update impacts. However, the account hasn’t always been utilised consistently.

The November 2019 Core Update was not announced until after it had been rolled out, in a response to the reaction of the SEO community. They were forced to backtrack, confirm the update, and release a statement regarding the communication of algorithm updates:

“We have several updates in any given week on a regular basis. Sometimes, a particular update might be broadly noticeable. We share about those when we feel there is actionable guidance for content owners. For example, when our Speed Update happened, we gave months of advanced notice and advice. Broad core updates are often broadly noticeable. That’s why we have shared about them since last year and even preannounce them, plus provide the actionable guidance that there’s often nothing to “fix” and emphasize instead having great content.” 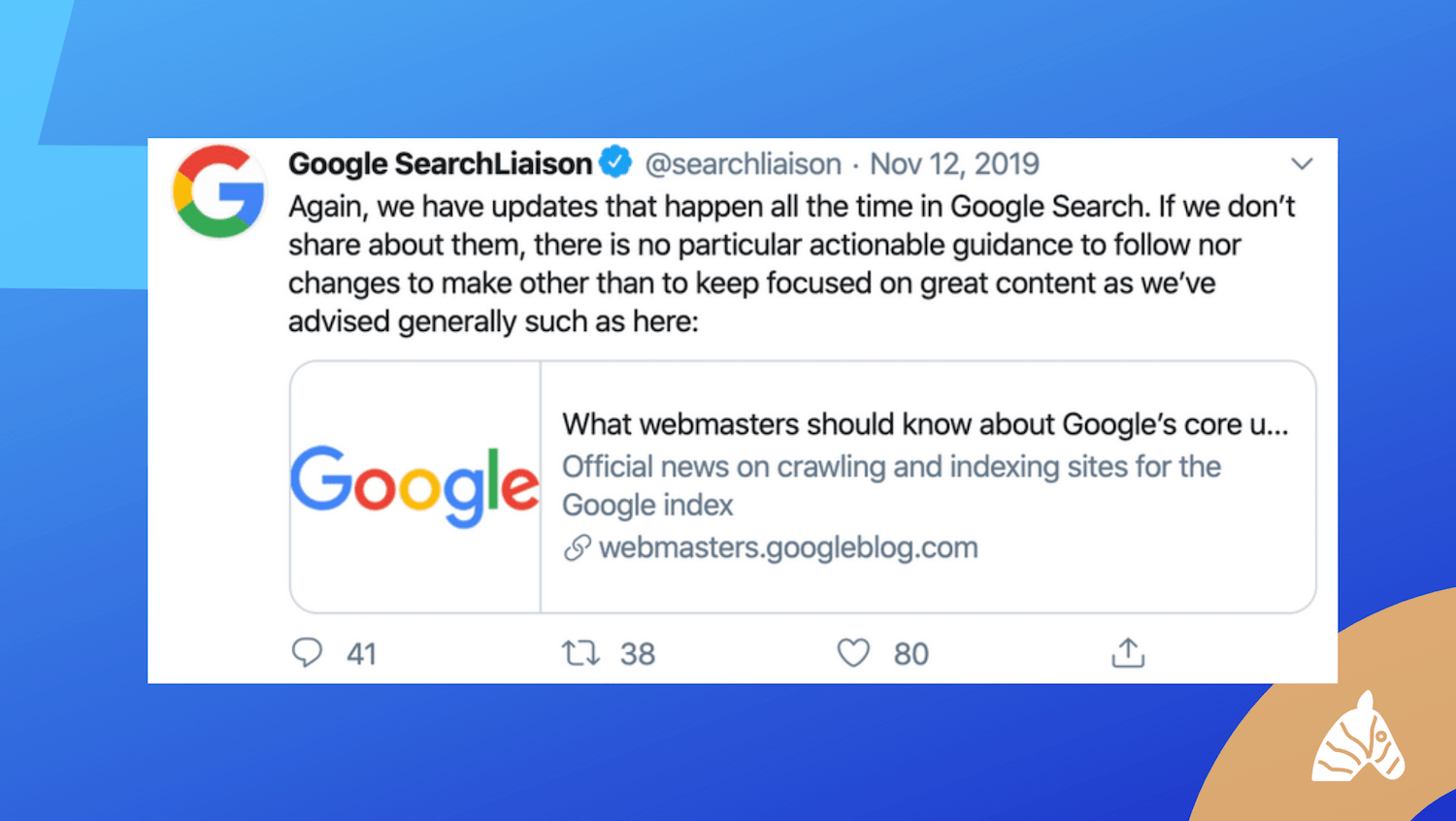 The Google January 2020 update announcement came as no surprise – there were rumours of a ranking update on January 7 and chatter within the SEO community about when Google was going to next shake things up. However, the depth and direct impact of the update is yet to be known as the guidelines with core updates can be notoriously vague and the changes can take a little while to make a noticeable impact.

So, the big question is: What will this update involve and how will it affect your site?

Despite the hazy blog post tagged with the announcement of the update, this core update seems to have created quite a stir – so far, it seems like there might be some big changes coming. Let’s break down what we know so far.

Our early analysis of the January 2020 core Google update is not providing us with any solid footing just yet. We have a couple of sites seeing some slight increases in traffic, but that could be down to seasonality.

What we do know, however, is that the update is labelled as a “Broad Core” revision. In August of 2019, Google published a webmaster blog titled “What webmasters should know about Google’s core updates”. The piece aims to give a breakdown of what goes into these updates and an understanding of how the updates work. The article begins with “Each day, Google usually releases one or more changes designed to improve our search results. Most aren’t noticeable but help us incrementally continue to improve. Sometimes, an update may be more noticeable. We aim to confirm such updates when we feel there is actionable information that webmasters, content producers or others might take in relation to them.”

The post is continued with: “Several times a year, we make significant, broad changes to our search algorithms and systems. We refer to these as “core updates.” They’re designed to ensure that overall, we’re delivering on our mission to present relevant and authoritative content to searchers.”

To summarise, Google is constantly releasing updates to the algorithm to improve the ranking system. They release a core update with an announcement when the changes will be noticeably bigger and will come with significant ranking factor impacts. While some updates are specifically created to target an element, broad core updates are created to typically reinforce a broad and wide range of ranking factors.

After a broad core update, a large number of websites will experience ranking drops and will be left wondering what they did wrong. The thing is, it’s not always what a site has done wrong, a decrease in rankings doesn’t signify a violation or penalty; it might just be that another site has done something better. These broad core updates are designed to improve how the algorithm assesses content and reward those with valuable content. Broad Core updates have the potential to cause some pages that were previously under-rewarded to now outrank other pages.

Our favourite analogy from Google used to describe these changes: “One way to think of how a core update operates is to imagine you made a list of the top 100 movies in 2015. A few years later in 2019, you refresh the list. It’s going to naturally change. Some new and wonderful movies that never existed before will now be candidates for inclusion. You might also reassess some films and realize they deserved a higher place on the list than they had before.”

As time goes on, the lists will change and movies that were previously higher on the list that moves down aren’t poor quality. It’s just that there are now simply more deserving films that are coming before them.

So, while we haven’t seen any solid proof of the magnitude of this new update, we’re betting it emphasises on providing quality content. The update can take weeks before it affects your website, so staying on top of your rankings and traffic analytics is paramount. If you do notice a drop in your rankings, take a look at the competition outranking you and consider if you can offer content that is more valuable than theirs.

Google’s advice for those who have been negatively impacted by a Google update is to always focus on working on offering the best content possible. 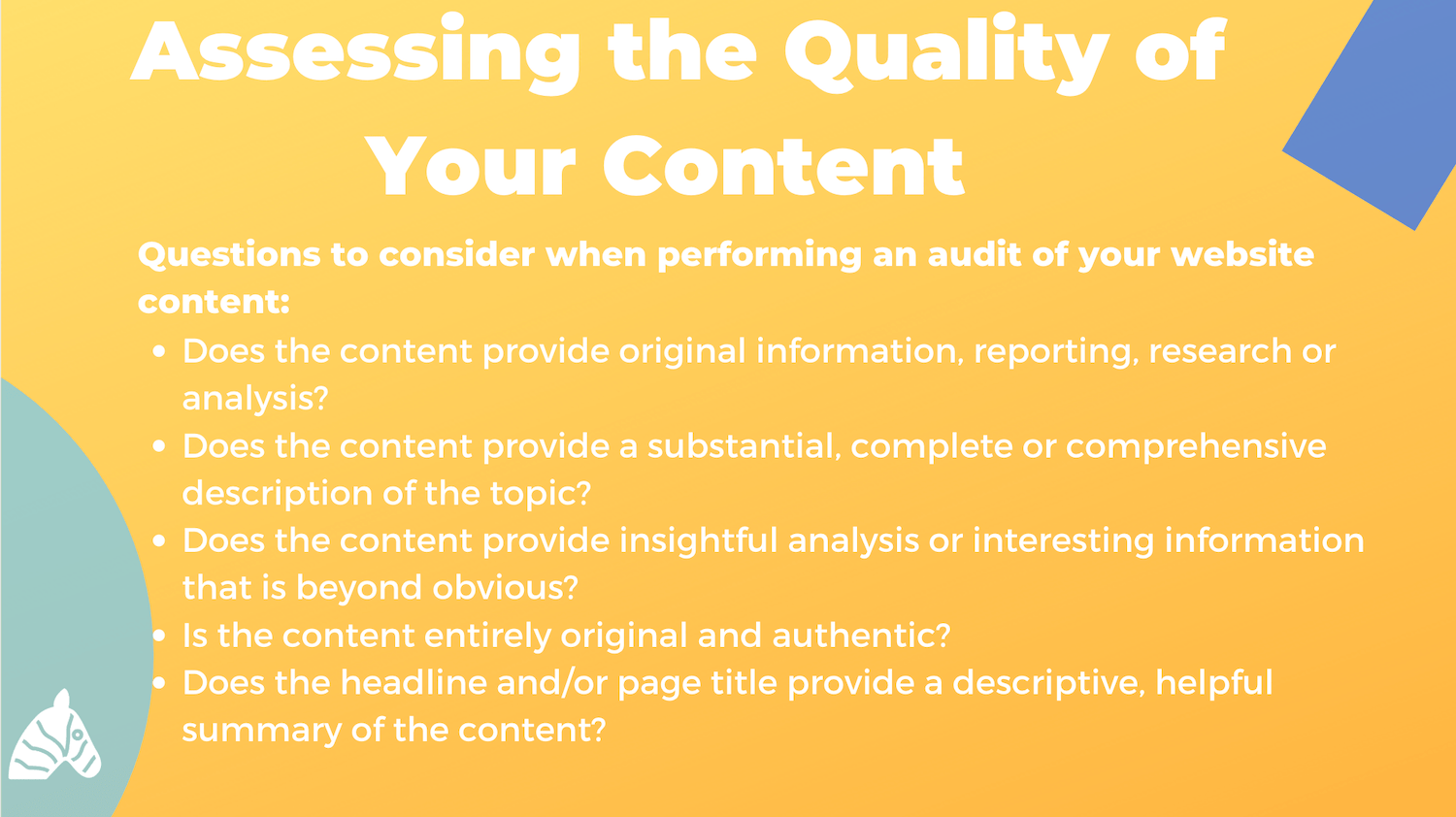 This is a substantial update. Our take: Google is looking to weed out websites that are recycling content for the sole purpose of looking to improve their appeal to search bots.

Something we know for certain is that Google’s main concern is providing the best user experience and serving users with the most valuable information. Website owners who consistently create user-centric and authentic content are always going to do well in Google’s books.

With every Google prediction and prophecy, there’s every chance the update will have no impact on your website at all. It is early days – the best course of action from here is to keep a close eye on your stats, self-assess your site, and continue serving up the best quality content you can offer.