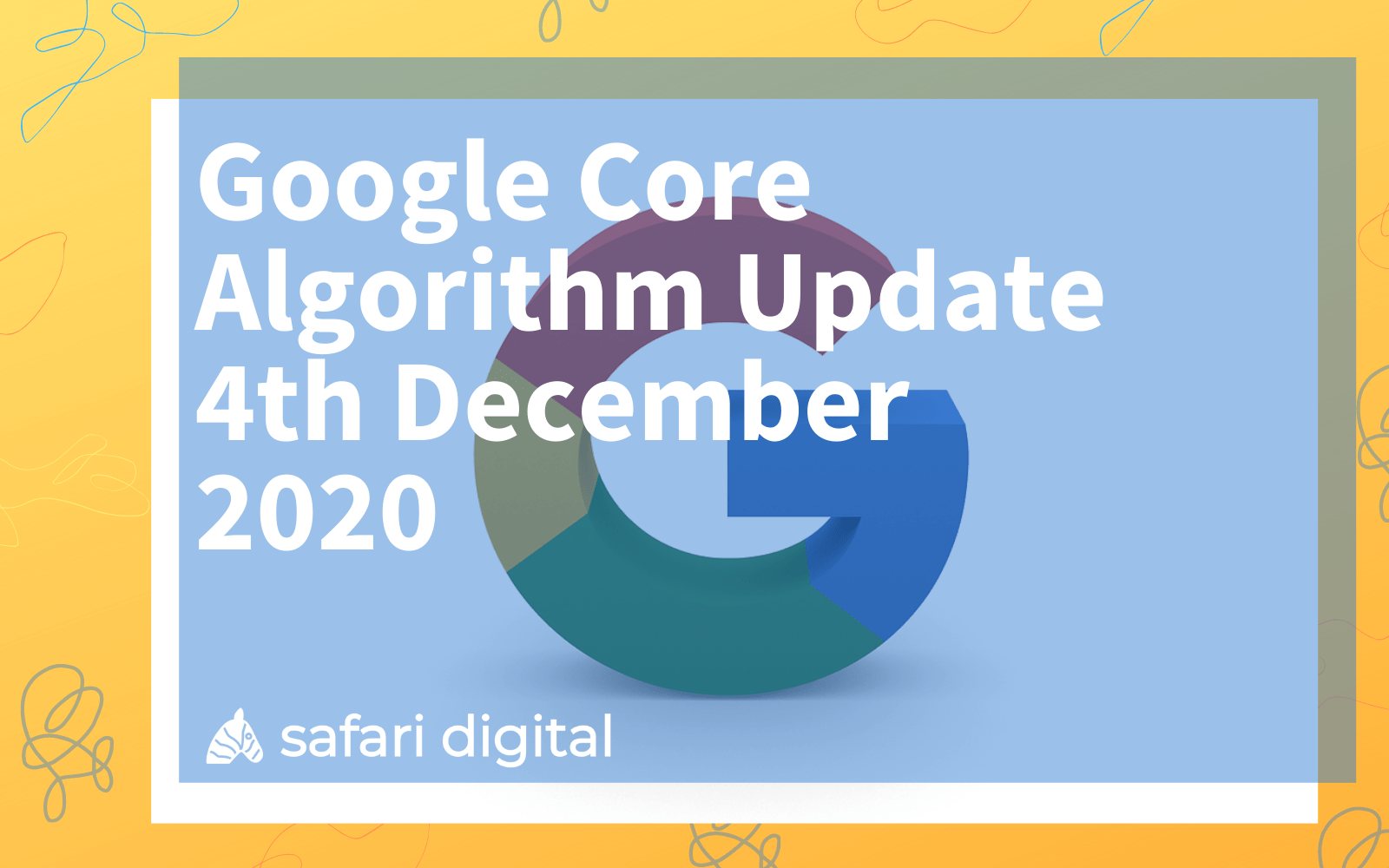 Google confirmed on the 3rd of December that they would begin rolling out their latest Google Core Algorithm Update on the 4th December 2020.

“Later today, we are releasing a broad core algorithm update, as we do several times per year. It is called the December 2020 Core Update. Our guidance about such updates remains as we’ve covered before. Please see this blog post for more about that” 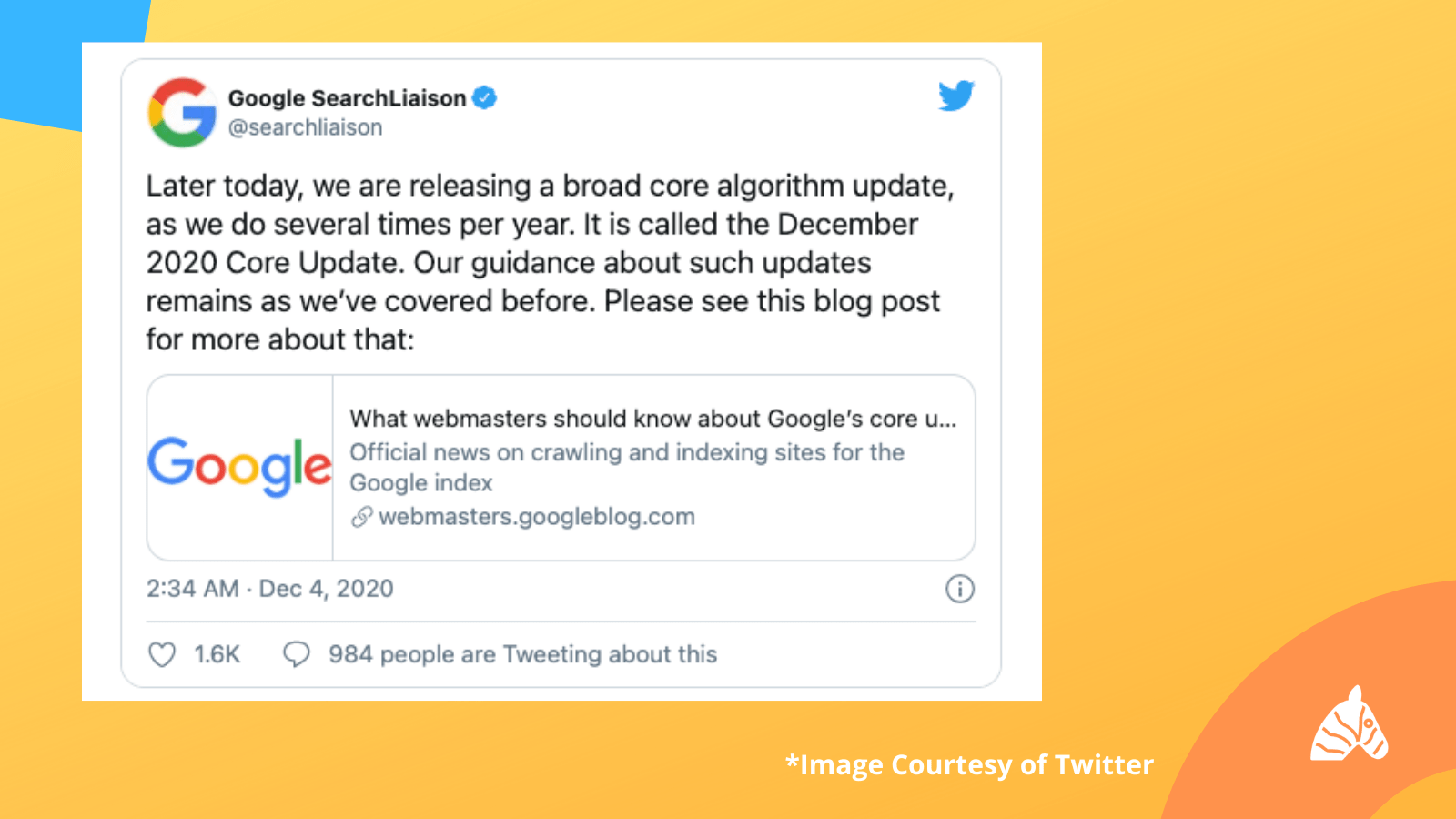 What Google has to say about Core Algorithm Updates:

“Several times a year, we make significant, broad changes to our search algorithms and systems. We refer to these as “core updates.” They’re designed to ensure that overall, we’re delivering on our mission to present relevant and authoritative content to searchers. These core updates may also affect Google Discover.”

This is the latest core update since Google’s Core Update that happened back on May 4th.

What Should We Expect from the 4th December Algorithm Update?

At this stage, it’s still too early to tell where the most noticeable changes will come from. Twitter is alive with doomsayers who are preparing for the worst, and several users have already reported large drops across their sites.

Google states that webmasters should expect more of the same when it comes to updates affecting quality content on sites. In general, the core update is designed to weed out low-quality content and reward webmasters that have been vigilant in delivering valuable content for users.

What Can You Do to Prepare for the December 2020 Core Algorithm Update?

According to the aforementioned document (cited by Google in their tweet about the core update), here are some of the things that webmasters can focus on improving to increase organic visibility:

The December 2020 Core Update is now rolling out live. As is typical with these updates, it will typically take about one to two weeks to fully roll out.

Google’s core algorithm updates are rarely received positively by the SEO community. SEOs don’t like change and usually assume the worst when it comes to core updates. That being said, the latest update shouldn’t be bad news for everyone – there have to be some winners out of this, right?

For websites that have updated their content and diligently worked towards creating a positive user experience – the latest core update could be exactly what they have been waiting for. Google’s broad core updates have a history of rewriting the fortunes of sites that deliver an outstanding on-page experience.

Sites that are negatively impacted by the latest core update may need to go back to the drawing board to figure out where they are falling short. The latest update does not mean that websites are stuck in a new position; instead, the latest update provides a valuable chance for webmasters to review their content and ensure that it is providing a positive user experience.

Will I Notice the Latest Broad Core Update?

Depending on whether your website has been working towards delivering a better on-site experience, or whether it is something that needs to be reviewed – you may notice a positive or negative effect from the 4th December 2020 update.

The first rule – don’t panic! Google’s core updates are most noticeable within the first 24-48 hours of rolling out. Google will inevitably learn and make changes based on the way that its users are responding to the latest update. The best advice, for now, is to sit tight and see where all of the balls land before making any major moves.

If you must do anything, review your on-site content. Make sure that your content is in-line with what users would expect to find when visiting that page and aim to deliver the most valuable user experience that you possibly can.