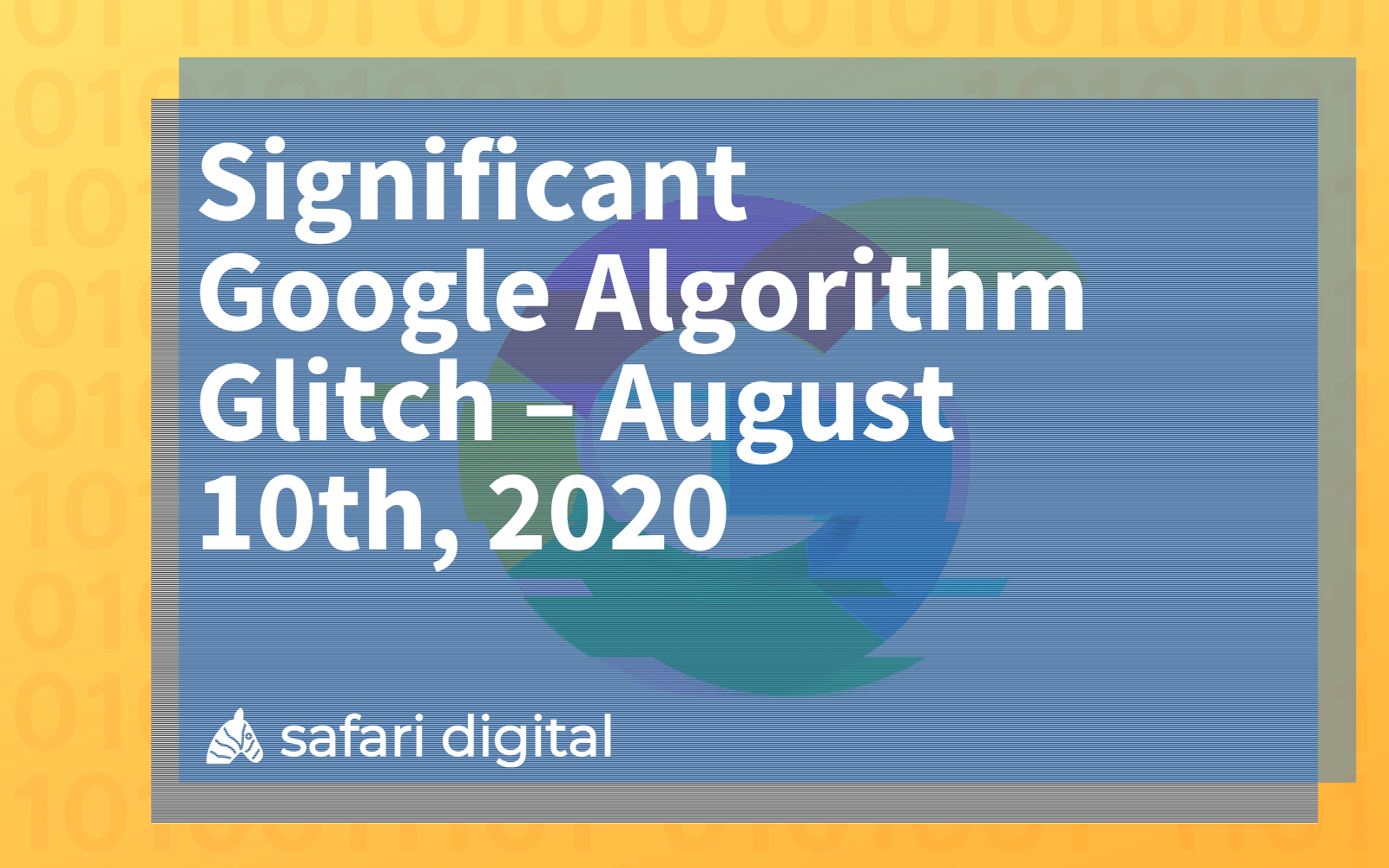 Google suffered a significant algorithm glitch on August 10th that caused major fluctuations with the search results. After hours of speculation, John Mueller from Google has admitted that this was, in fact, a glitch and not the rumblings of a major core update.

The SEO community was in meltdown for the best part of 16-hours in an attempt to make sense of Google’s seemingly bizarre algorithm update on August 10th 2020. The search algorithm suffered unprecedented movements as search results jumbled in a way that left search professionals scratching their heads.

“I don’t have all the details yet, but it seems like this was a glitch on our side and has been fixed in the meantime.” 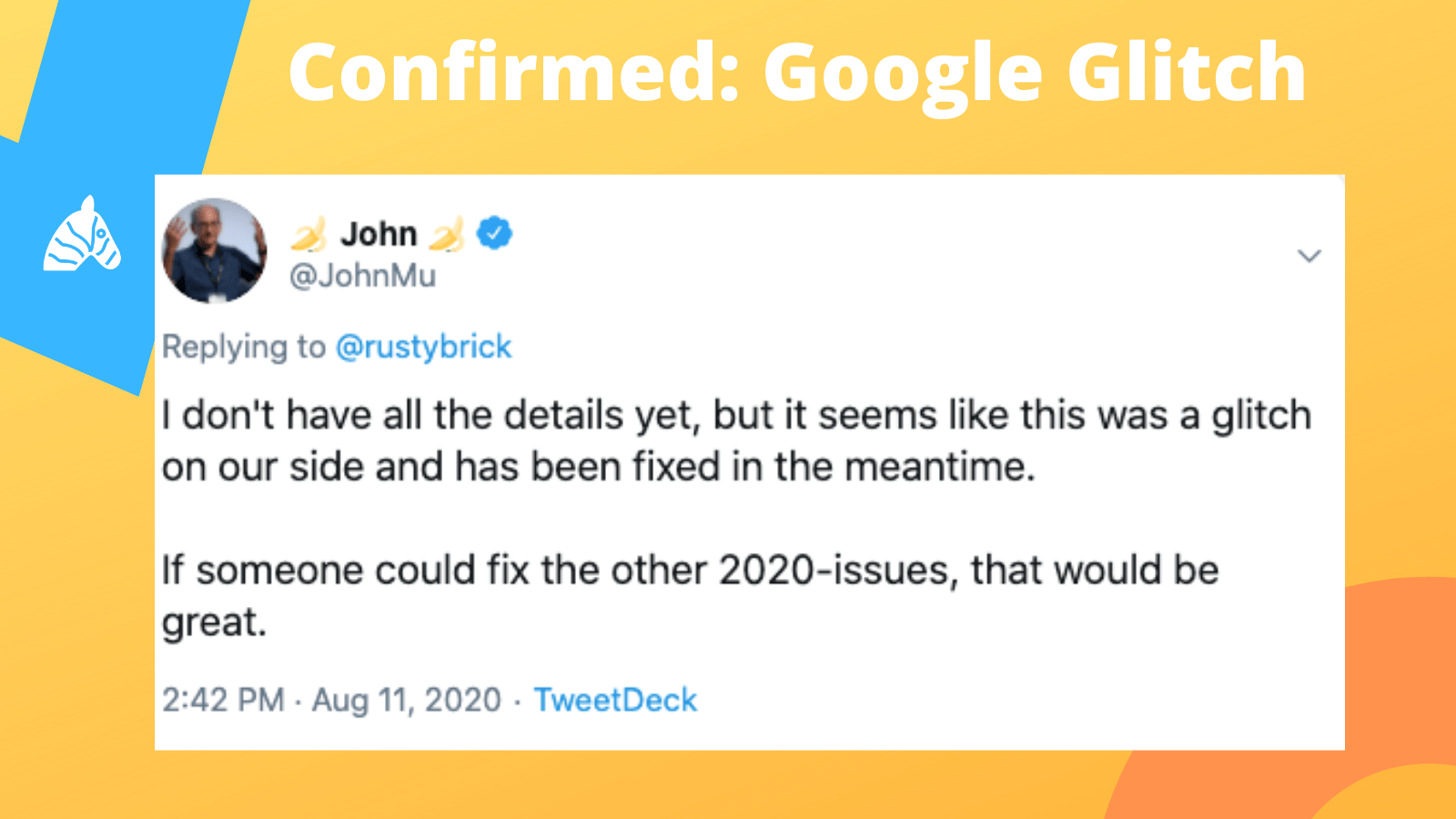 The Takeaway from Google’s Algorithm Glitch

The search results were in a severe state of disorder. The word around the Australian SEO community was that Google’s search results started to look similar to Bing’s search results. Exact match URL’s, Web 2.0 Properties and Directories dominated the first page of Google in a throwback to the days when PageRank was a determining factor with Google. 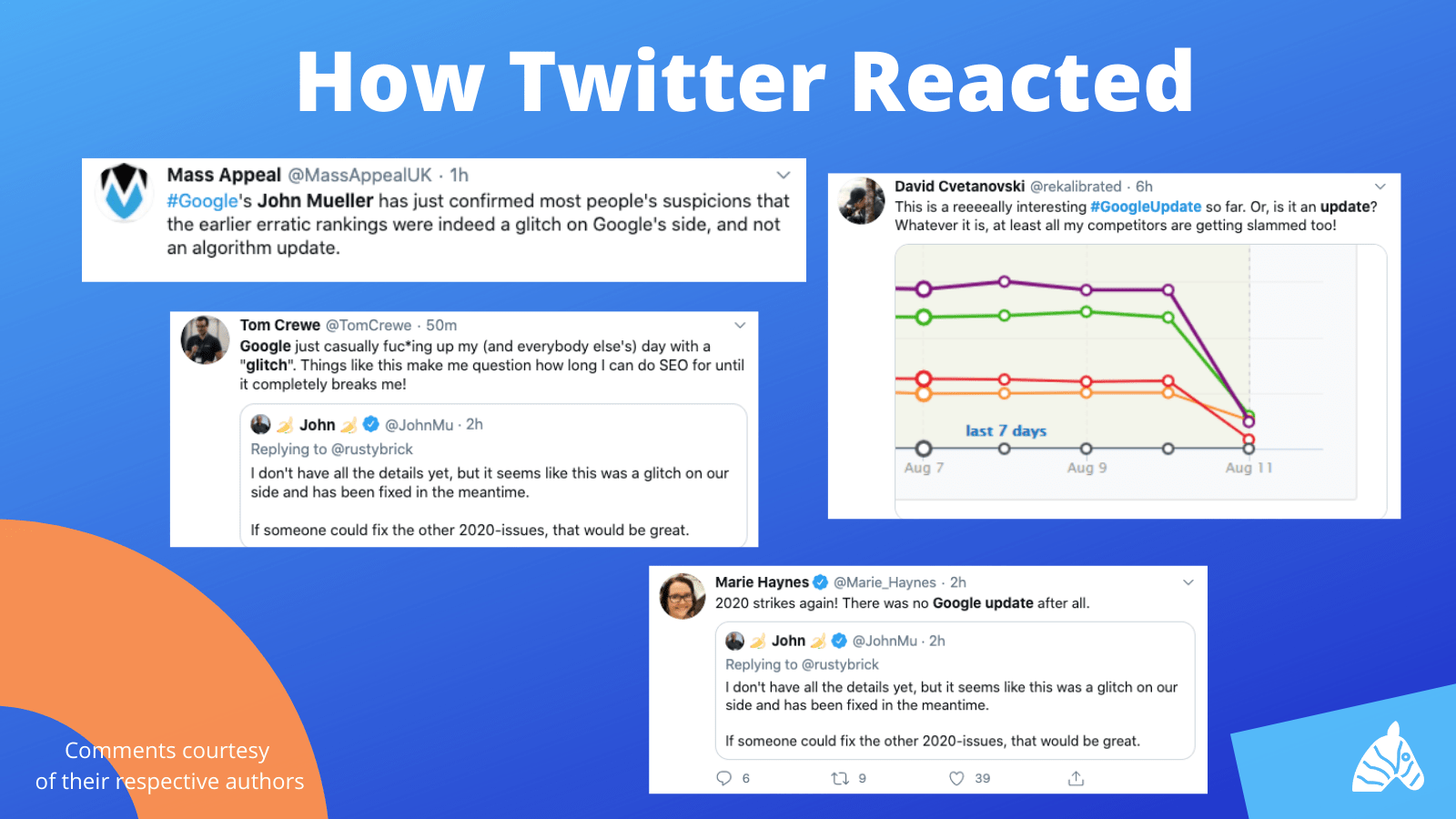 Google is yet to explain the algorithm glitch. Webmaster Trends Analysts, Gary Illyes and John Mueller have been tight-lipped about the glitch. While Danny Sullivan, the source responsible for announcing Google updates, is yet to respond to the global outcry from the SEO community.

Some SEO’s are suggesting that this may have been Google test a significant core update that will roll out in the coming weeks or months. While the conspiracists floated the idea that the algorithm glitch was Google’s way of collecting massive amounts of data about how users would use search results in a state of disarray – an unlikely scenario. 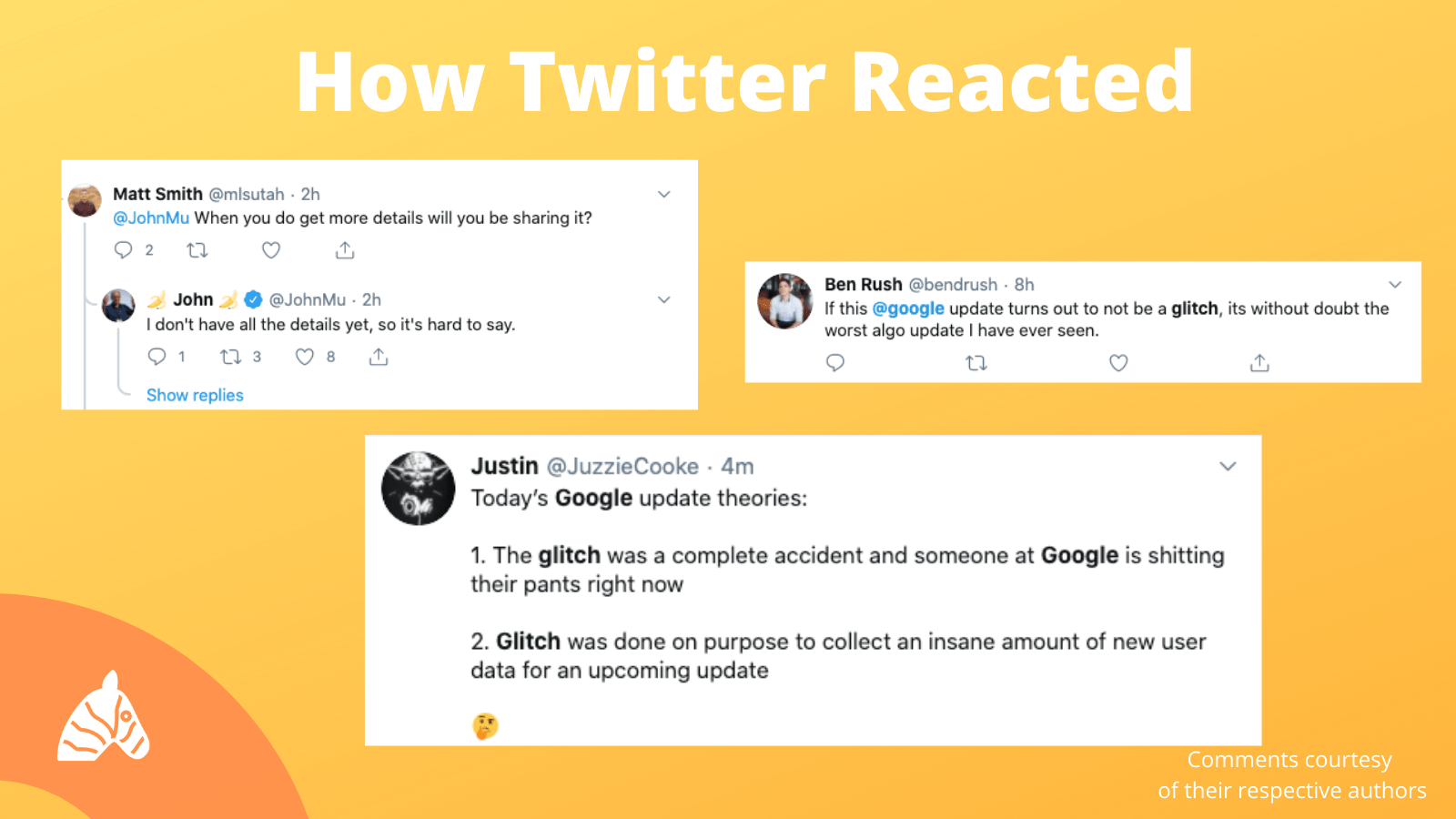 I don’t have all the details yet, but it seems like this was a glitch on our side and has been fixed in the meantime.

If someone could fix the other 2020-issues, that would be great.

August 10th and August 11th caused the SEO community to go into meltdown. Danny Sullivan enjoyed the day off at the beach, and John Mueller has not yet been provided with definite information about the cause of the glitch.