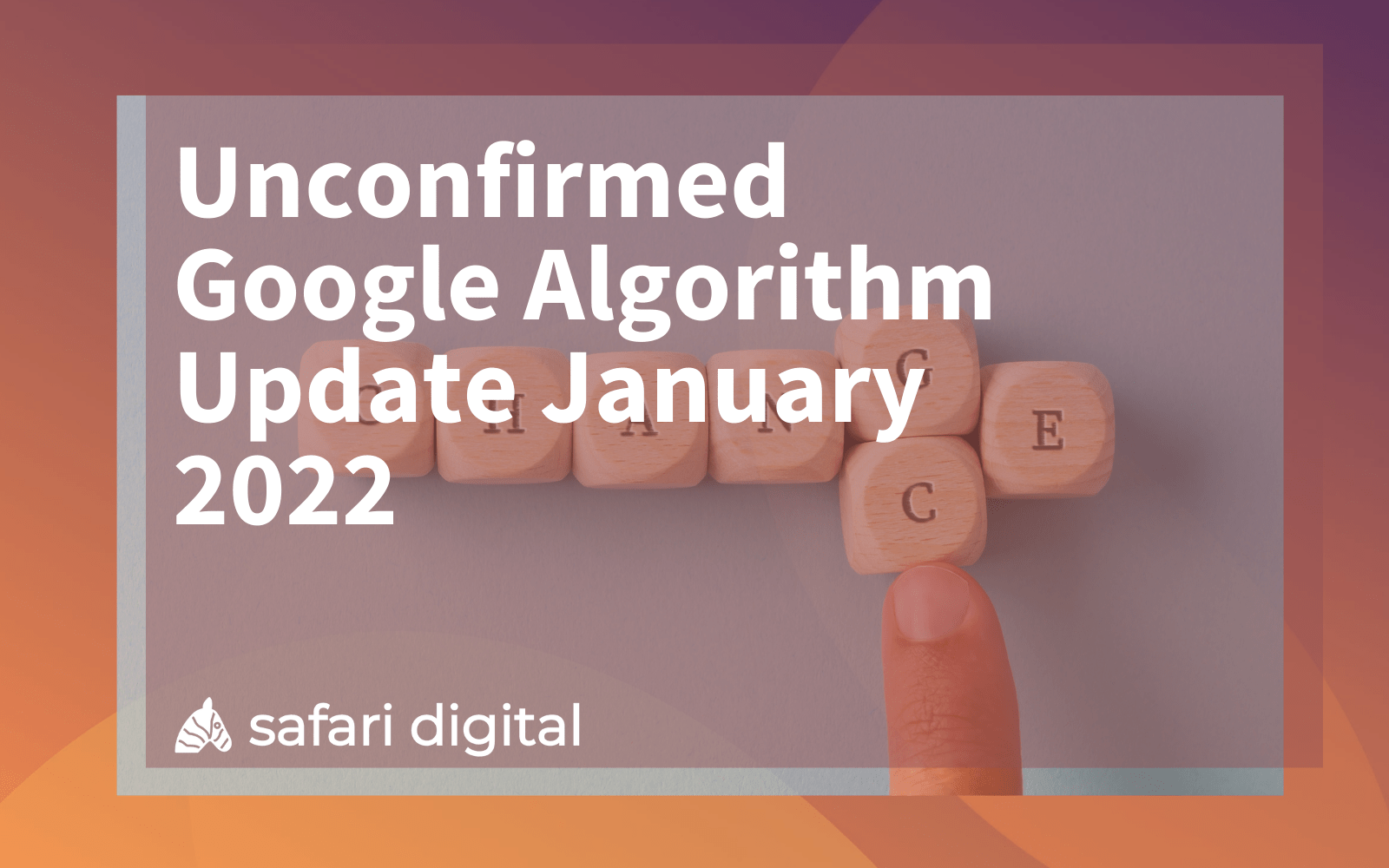 There looks to be an unconfirmed Google algorithm update that has rolled out sometime between the 17th and 18th January 2022.

We are seeing widespread SERP fluctuations across a broad range of industries which leads us to believe that there may be some significant SERP changes happening at the moment.

According to the tracking tools, there has been ongoing fluctuations over the last two weeks. The Semrush Sensor and Mozcast have both recorded extreme degrees of fluctuations on multiple days over the last week. Between the 14th and 18th of January, the Semrush Sensor has shown consistently high numbers on the SERP volatility scale, sitting at 8.0 as of January 18th. The numbers seem to point to an unconfirmed January 2022 Google Algorithm update – but here is what we have seen so far. 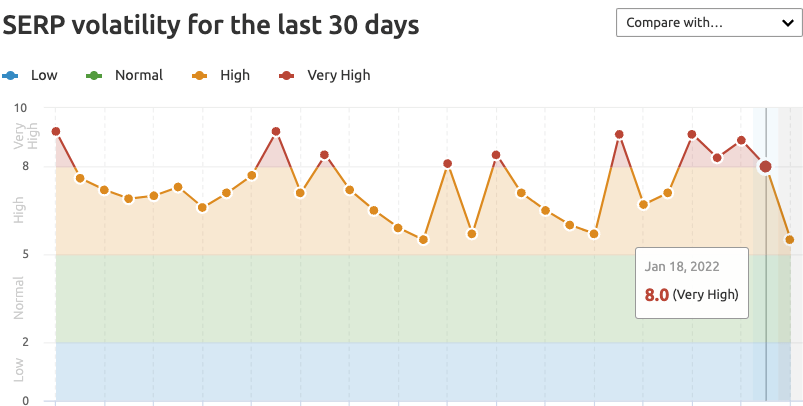 When did the update start?

In Australia, SERP volatility started on the 14th January 2022 and we have seen consecutive days of fluctuation across a wide range of SERPs.

So, what does this mean? Well, without announcement and confirmation, we’re left to assume that it’s not a major Google update and is more likely just Google refining its algorithm. Following on from December 1st’s Google Algorithm Update and then the Local Search Update, it would be fair to say that another major update so early on the year would be surprising.

What Does SERP volatility mean?

Generally speaking, an average of 9/10+ in the SEMRUSH sensor occurs only when Google’s Major Broad Core updates are rolled out twice a year. However, it appears that Google continues to tweak and adapt its algorithm with a series of early updates in the New Year. Impacting sites across the US, Europe, and Australia, the Search Results volatility does not provide any conclusive evidence of who and why may be most affected by the update. Previously, Google’s Updates had specifically targeted link spam, low-quality content, and, more recently, local search results. While there’s no clear correlation on what this unconfirmed update may be targeting, it’s clear that something is brewing.

Google confirmed that they implemented a new local search update between the end of November 2021 and December 8th 2021, causing widespread changes to local search results during this time.

Whether or not this early January 2022 Google Algorithm update has anything to do with last month’s local search update is yet to be confirmed. At this stage, it looks like the SERP volatility is being experienced across a wide range of industries, not local businesses.

Nevertheless, until there is some kind of conclusive evidence or a confirmation from the Search Engine Giant itself, all we can do is sit tight, and wait for trends to emerge.

We know that Google will continue to refine and update its algorithm to become more sophisticated; all we can do is be ready and prepared to analyse these updates and identify room for improvement.

As an SEO Agency, we work across a wide range of businesses, websites, and industries in Australia. Part of our job is staying across Search as a whole, picking up on trends that we have seen through the SERPs, our client’s websites, competitor’s websites, and third-party tools. Following the onslaught of Updates experienced through 2021, we’ve learnt that the best way to adapt and improve from these trends is to first allow the dust to settle before making any drastic changes. Understanding and analysing these trends early on allows us to pick up on patterns and make strategic, well thought out decisions for our client’s websites.

If the unconfirmed Google Update has impacted your website in January 2022, we recommend that you not make any significant changes over the next week. Get in touch with Safari Digital today if you’d like to talk to an SEO Agency about regaining your traffic.