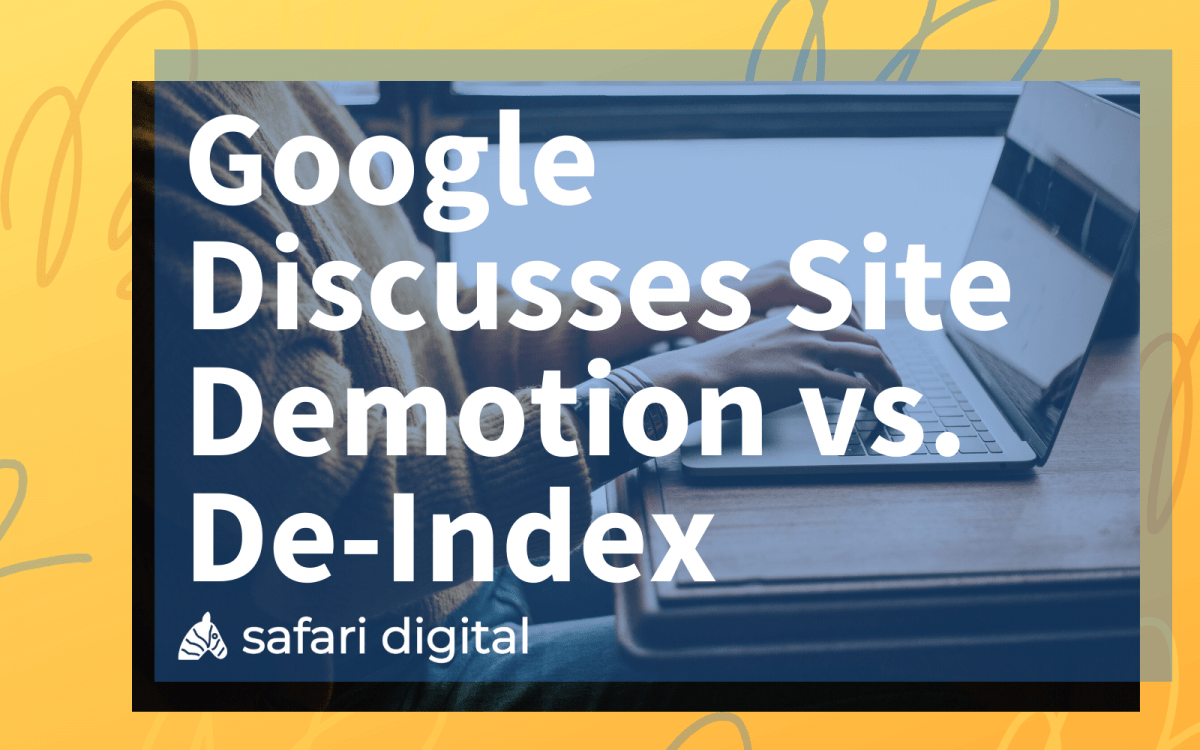 When it comes to a website demotion vs. de-indexing, it can be tricky trying to backtrack and work out what went wrong. Google’s John Mueller discusses the difference between site demotion and de-indexing, in a Google Webmaster Hangouts session on March 17th, 2020.

Google Webmaster Central Hangout is a channel for webmasters to ask or address any search-related questions and have them answered by both Google and community experts. Hosted by John Mueller, the hangout sessions are accessible to anyone who wants to join and generally cover anything related to publishing content online and making it visible in search. 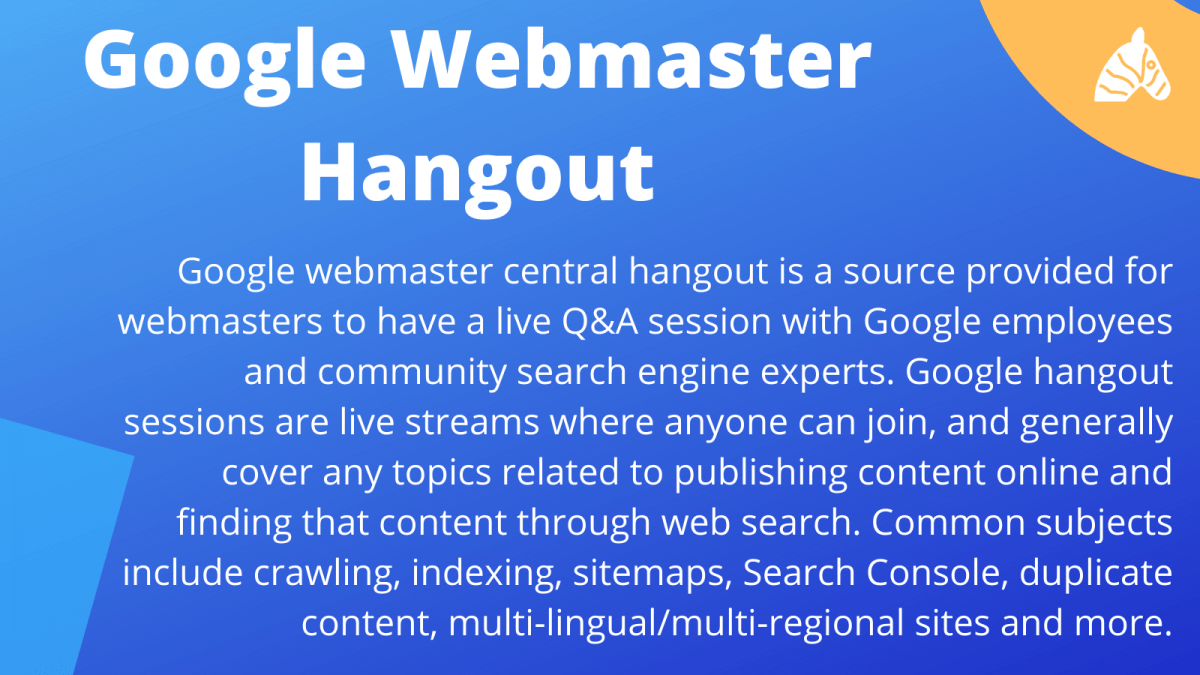 “Why Has My Site Been Demoted?”

In this particular webmaster hangout, John is asked a question by a publisher that relates directly to their website. The question posed included various reasons as to why the publisher suspected demotion, including negative SEO from competitors.

“My site is no longer appearing in search results. There are no violations on my site, and it stopped appearing completely from March 12th. It’s a Google News approved site.

Why is my site de-indexed, demoted in Google when there is no violation on my site?”

Google’s Point of View on Demotion vs. De-Indexing

John Mueller begins answering the question by clarifying what it means for a site to experience demotion. While demotion isn’t a term used with Google, we understand that it is a word to describe a website that has lost rankings and search visibility.

John’s answer to the question:

“It’s really hard to say, without a site. So that’s something where I would usually recommend in a case like this is to post this in a Webmasters help forum; where there are a bunch of people that are able to take a look at your site.

On the one hand, you’re saying that your site is no longer appearing, and then the last question is like, why is my site de-indexed or demoted in search.

From our point of view, there’s a really big difference between a site that is de-indexed and a site that is demoted. De-indexed would be not appearing at all; it’s not indexed at all, which oftentimes is either due to a very significant webspam issue or a technical issue. If it’s really de-indexed, that’s something where often there are really clear paths to resolving that.

Whereas if its demoted if it’s just not ranking as well as before. Then that’s a lot trickier because that can be due to a lot of different reasons with regards to the quality of the content, the general set up of the site, all of that can kind of play a role there.”

The Difference Between Demotion vs. De-Indexing of Sites

Essentially what John is sayng is that there is a vast difference between a site being demoted vs. de-indexed. There are also very different reasons for either occurring.

There is a myriad of reasons determined by Google’s algorithm that may result in a site being demoted or experiencing lower search engine rankings than before. While we do not know the exact formula of the algorithm, there are many factors we are all aware of that can contribute to a site losing search rankings and online traffic.

A dramatic drop in Google search rankings can occur as a result of many factors impacting a site’s visibility. This may include the quality of content is deemed lower quality than initially thought, links are lost, broken redirects, on-page and off-page optimisation is not up to scratch, or Google has made an update that ranks other websites above yours. 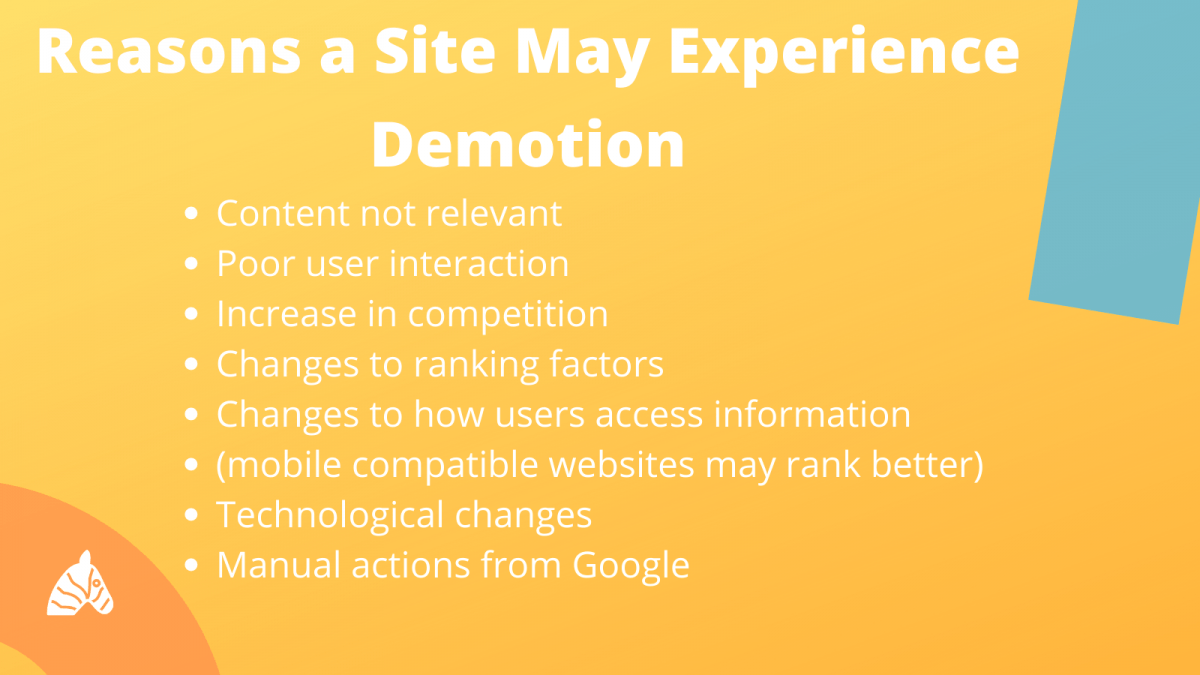 Why Would a Site Be De-Indexed?

A de-indexed site is one that is experiencing entire removal from Google’s index. Contrastingly to the demotion of a website, de-indexing of a website can usually occur as a result of one of two valid reasons. Either Google has taken serious manual action on your site. Or, there is a technical issue within the code of the website to cause de-indexation.

If a site has been de-indexed, it means that it is no longer visible in search engine results at all. If a manual action from Google has been applied, you will have received a notification in the Search Console detailing the infraction. Manual actions are taken out by Google when a site has done something directly against Google’s webmaster quality guidelines.

If your site has been de-indexed for not following quality guidelines, you will need to submit a reconsideration request for Google to re-index it. This will include also fixing up the initial issue that caused the manual action. If your site has been de-indexed because of a technical problem, you will need to identify the technical issue in the source code and have the site re-crawled.

While a few years ago, negative SEO links would have had a significant impact on a site; today, Google’s system is much more sophisticated. While the publisher asking the question suspects this competitor sabotage of 3,000 bad backlinks is having an impact on what is happening with their site, John Mueller downplays the effectiveness of spammy links. He makes it clear that they are not the cause of the publisher’s problem. 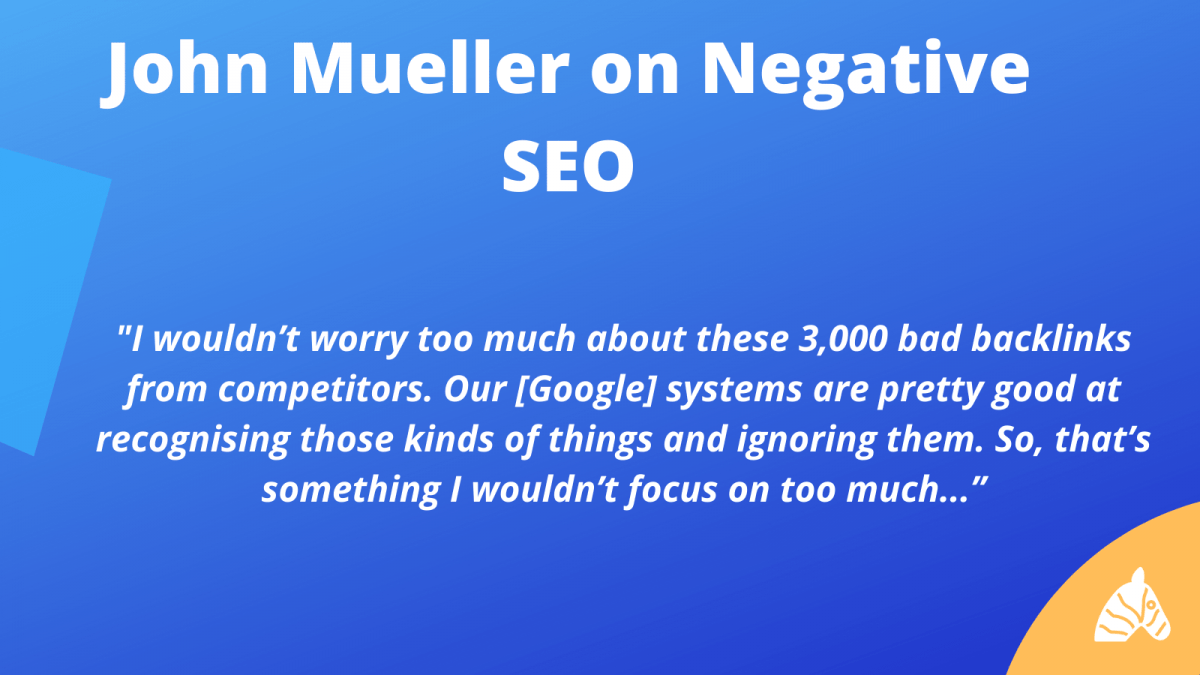 “I wouldn’t worry too much about these 3,000 bad backlinks from competitors. Our systems are pretty good at recognising those kinds of things and ignoring them. So, that’s something I wouldn’t focus on too much. With regards to DMCA complaints, obviously responding to them if they’re invalid is the right approach there.”

Traditionally, the obvious answer would be to disavow any bad links to solve negative SEO problems. However, John makes no mention of disavowing the links, reaffirming his confidence in Google’s ability to recognise and ignore the links without any exterior assistance.

This kind of comparison between demotion vs. de-indexing of a website is not something we have seen made by Google or experts for that matter. It’s always interesting to get a real-world answer and clarity on relevant questions from someone as well respected in the community as John Mueller.

There are a few interesting takeaways from this Q&A. Firstly, there is a big difference between a site experiencing demotion and de-indexing. Secondly, there are different reasons for each occurring. And thirdly, negative SEO is nowhere near as impactful as it used to be, as Google’s system is clever and sophisticated enough to recognise these situations.