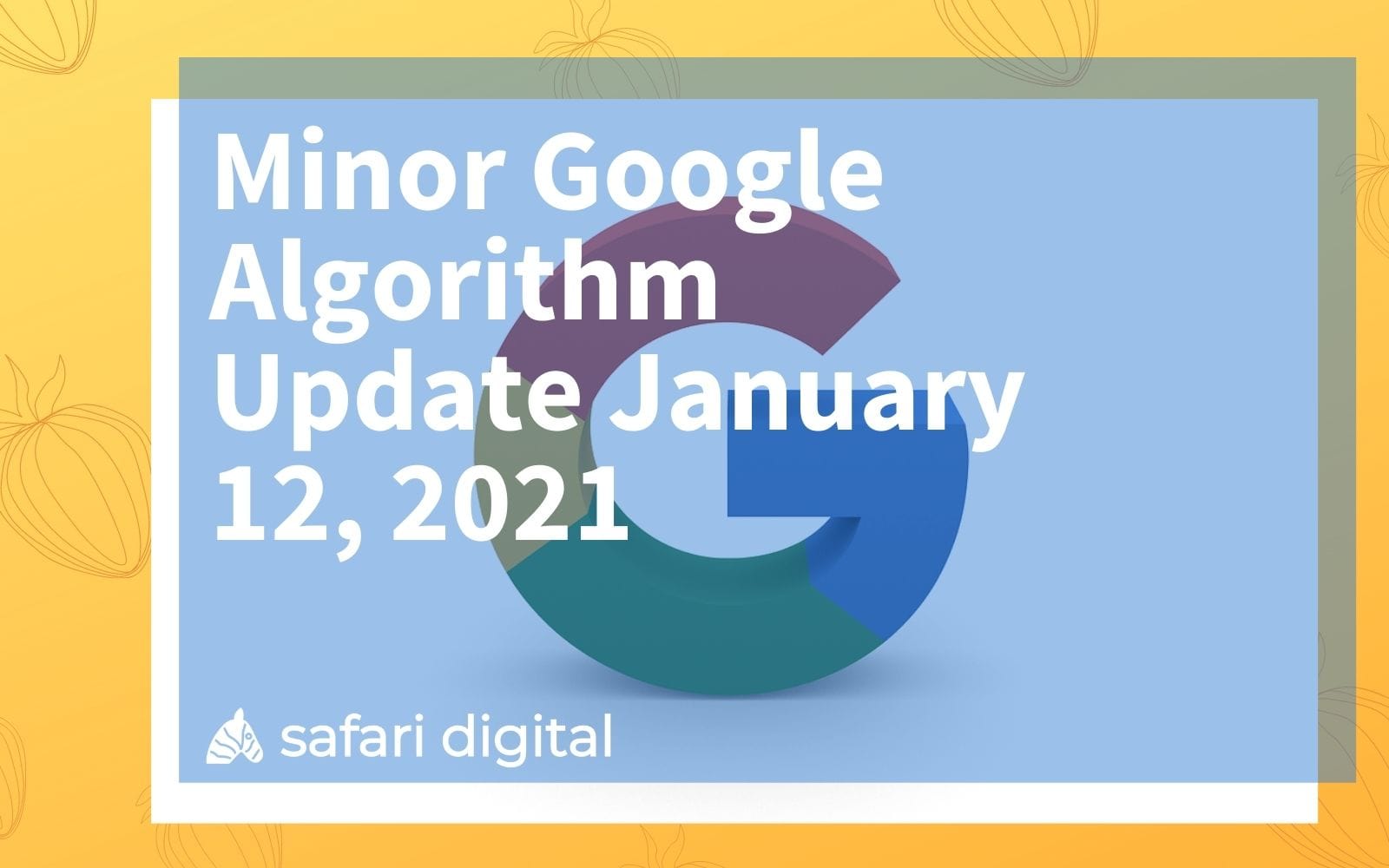 Google may have released a small search ranking algorithm update on the 12th of January 2021.

There is unconfirmed chatter on twitter and SEO forums that Google rolled out a small update to Google search results between the 8th-12th of January.

The discussion around a potential minor algorithm update began on the 8th of January with webmasters rushing to twitter to report the changes. Some website owners were reporting losses in traffic of up to 70% in week on week traffic in spite of no changes to on-site or off-site. Some users have even suggested that this may be a new core-like update.

This is the first algorithm update that has been reported on since the 4th of December Google Core update that shook the SEO community. Broad core updates typically have wide-reaching effects that can impact website types across all niches.

Smaller updates tend to focus in on certain industries or certain practices. For instance, Google may release a small algorithm update that disregards the link strength of certain websites. The effects may be dramatic for those affected; however, the effects are usually isolated to a small group or single niche.

We are not expecting the next major core update until 4th May 2021. However, this doesn’t stop Google from releasing smaller (sometimes imperceptible for some industries) updates that can have wide reaching effects for a range of sites.

What Can I Can If I Was Negatively Affected?

Sadly, there is not much that you can do right away.

The best advice that we have is to wait and see where things land. Once pages have settled and the Google dance has flattened out. There may be some trends that you can observe and correct.

When in doubt, refer to pages that were affected and compare them to web pages that were not affected. Understand why changes may have happened, and put together a strategy to combat any negative effects.