Position Number One in Google Gets 31.77% of All Clicks 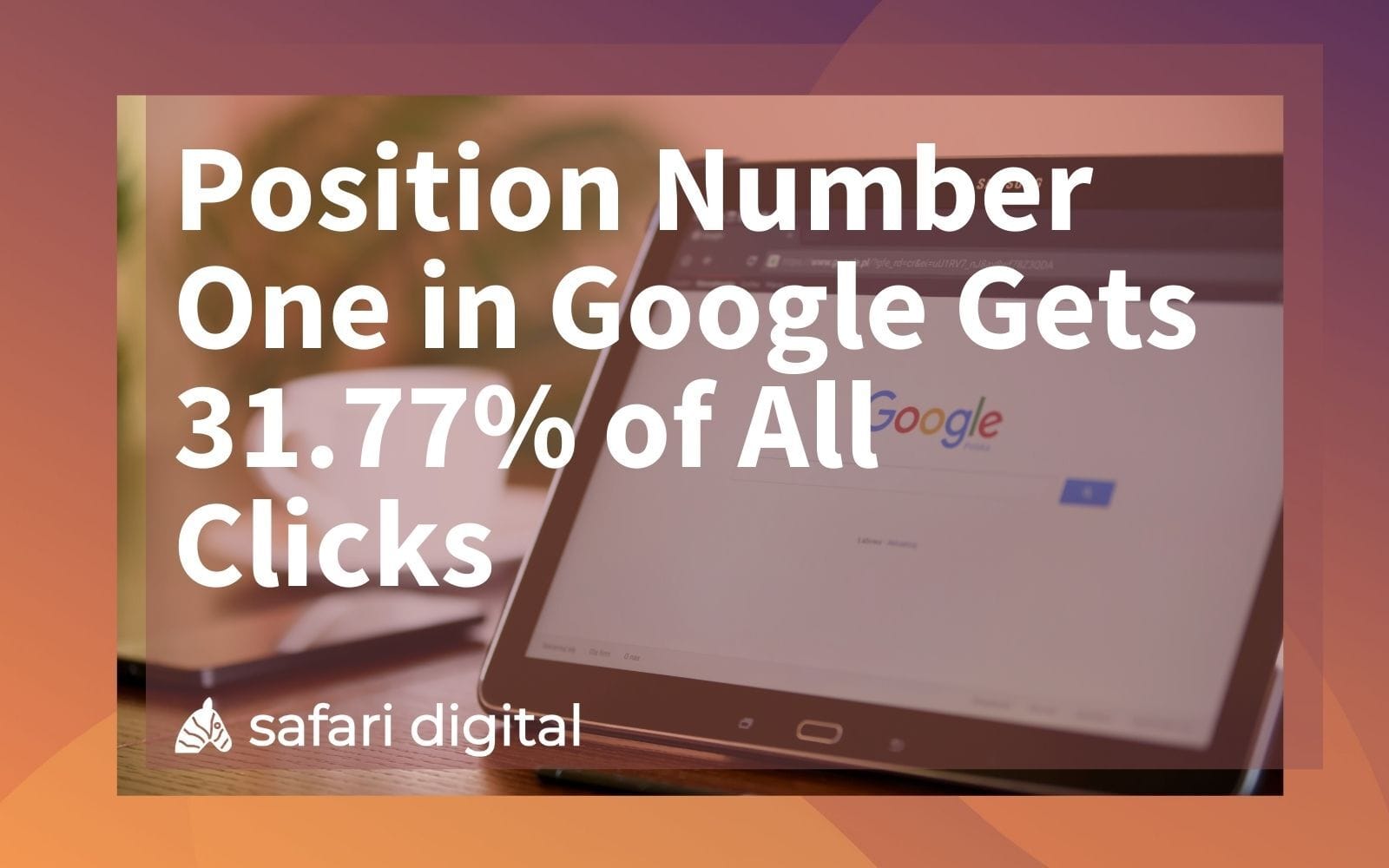 Question: What Percentage of clicks goes to the first result on Google?

Position number one in Google commands a whopping 31.77% of all organic clicks according to the latest data from an exhaustive study of more than 5-million pages from Backlinko.

The study also showed that websites on page number two of Google onwards earned a combined click through rate of just 0.78%. 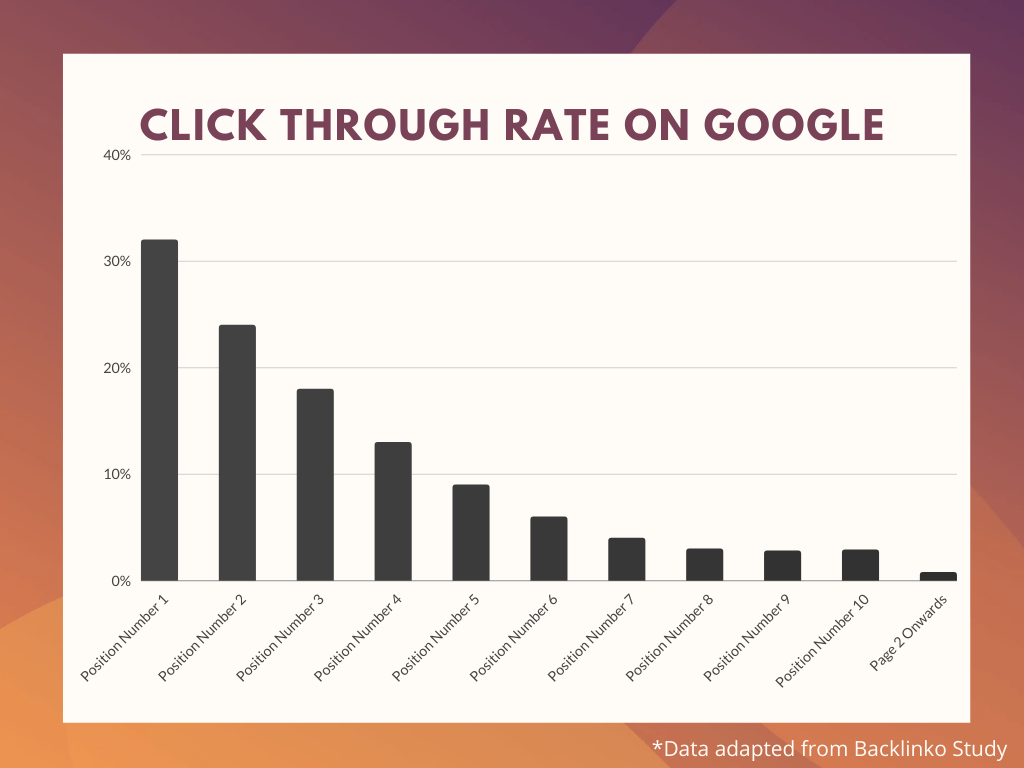 Google CTR By Position According to Latest Data

The increased prominence of Google ads in the search results may continue to affect the CTR from organic search. Over the last five years, we have observed more and more ads in the organic listings. At the time of writing, the average number of ads that we see in the organic listings for competitive key terms is four at the top of the results, and three at the bottom of results.

In 2021, we are keeping a close eye on CTR by positions to monitor the impact of increasing ad prominence on organic listing click through rate.