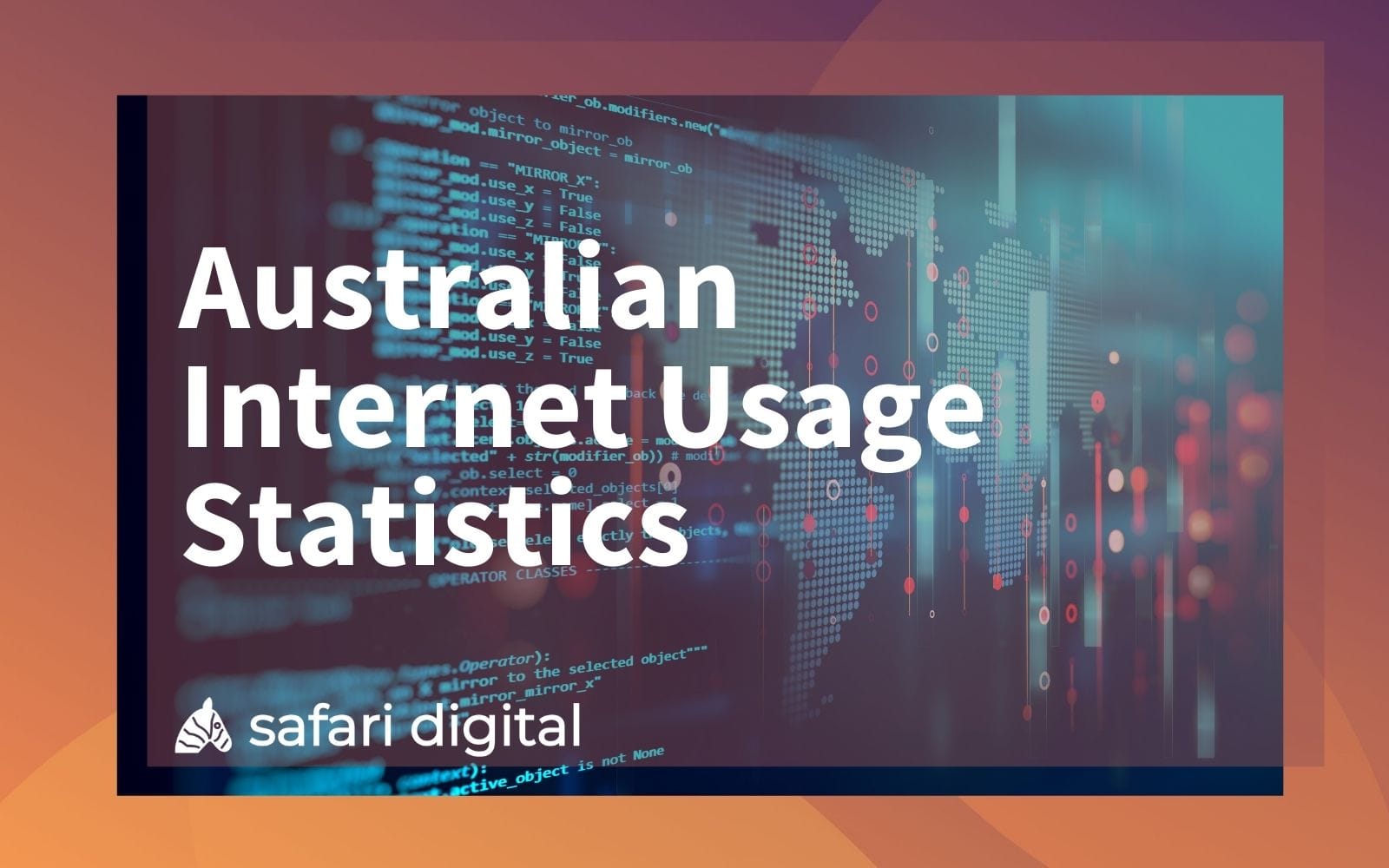 Looking to jump online and join the rapidly growing number of businesses utilising the internet to reach customers in Australia. Before you jump into the deep end, it’s important to understand the role of the internet and the way that internet usage has grown and evolved in recent years.

Internet usage statistics in 2018, 2019, and 2020 look vastly different. Notwithstanding the global pandemic that has changed how many Australians work and communicate, Australian internet usage is on the rise.

These Australian internet statistics will change how you look at online usage and internet consumption patterns in Australia. This article will look at the most interesting and surprising Australian internet usage stats to understand our obsession with online and how businesses are leveraging this for profit.

In 2022, more than 86.5% of Australian’s are online with the average daily usage time exceedingly more than 180-minutes (three hours) each day. Australian internet usage is on the rise in a business landscape that is increasingly governed by online interactions. It is important to note that this article’s access and usage statistics do not fully reflect the changes that occurred during the last 12-months. We expect that usage statistics that incorporate the ongoing global pandemic will increase the numbers represented below.

Here are some of the most significant usage statistics that reflect the way that Australia uses the internet. 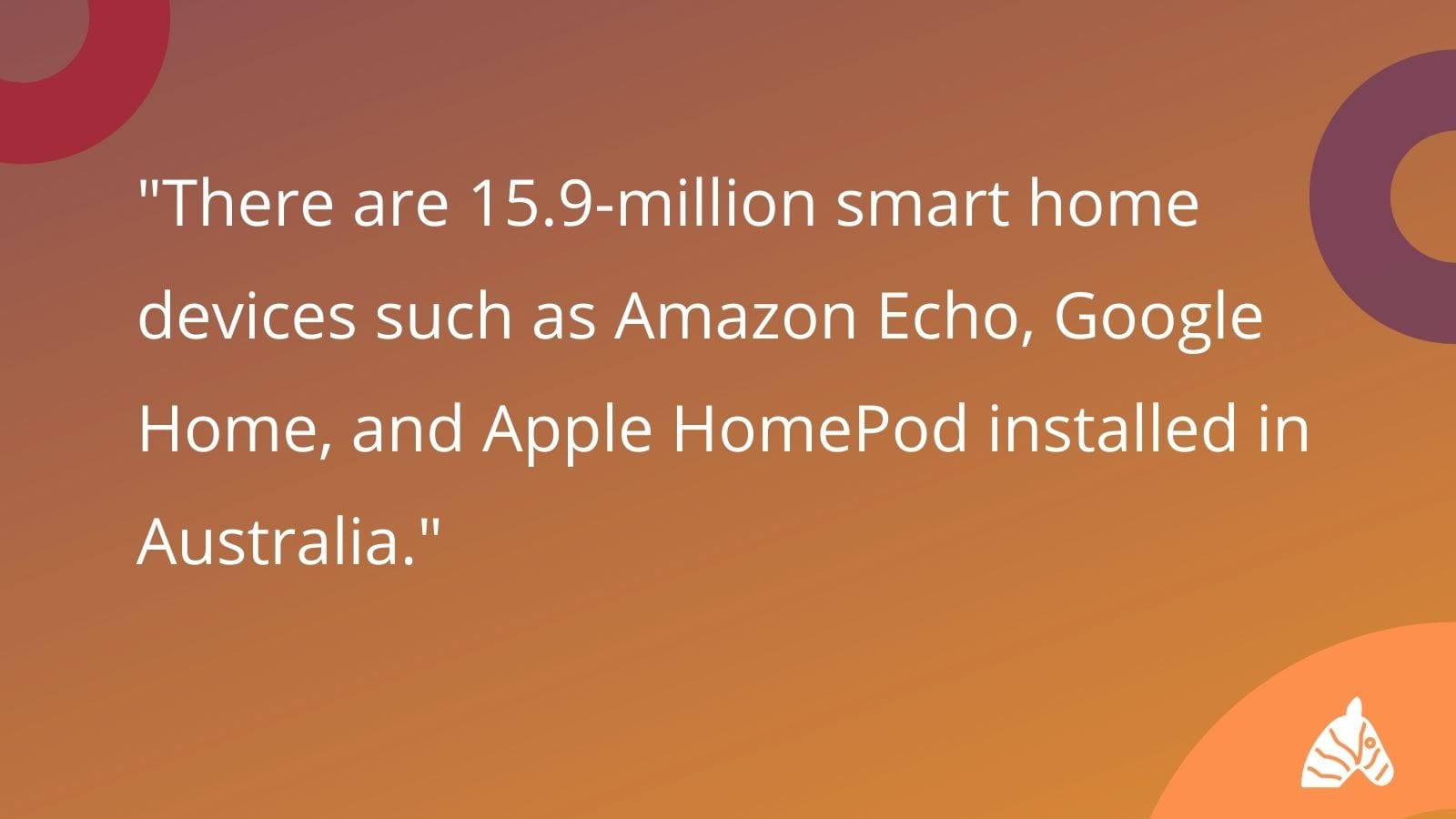 Forecast for Internet Use in Australia 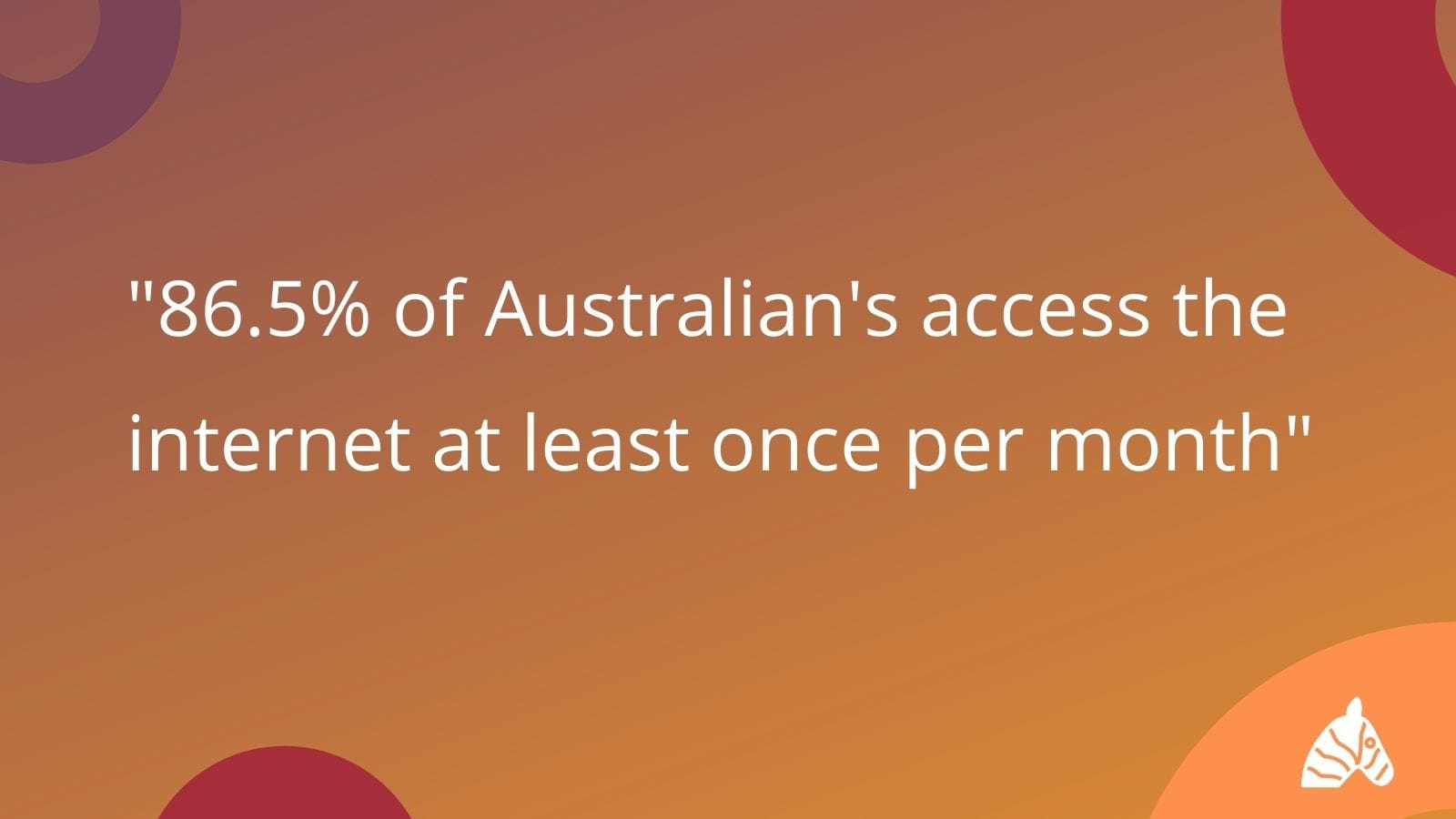 Underdeveloped infrastructure in regional areas and a compromised rollout of the National Broadband Network (NBN) has impacted the number of Australians currently having access to the internet and skewed the Australian internet statistics. Compared to the United States (87.3% usage rate), Canada (91.5% usage rate), and Great Britain (92.5%), Australia is still a way behind other countries.

The Leading ISP Providers in Australia

Telstra is (by far) the leading internet service provider in Australia, with a market share of more than 6.35-million users across the country. The number of subscribers that Telstra has accumulated over the most recent reporting period has increased, while their overall subscriber base has reduced against other leading ISPs in the same period. That is to say that Telstra’s customer base is growing – but not as fast as their nearest competitors. 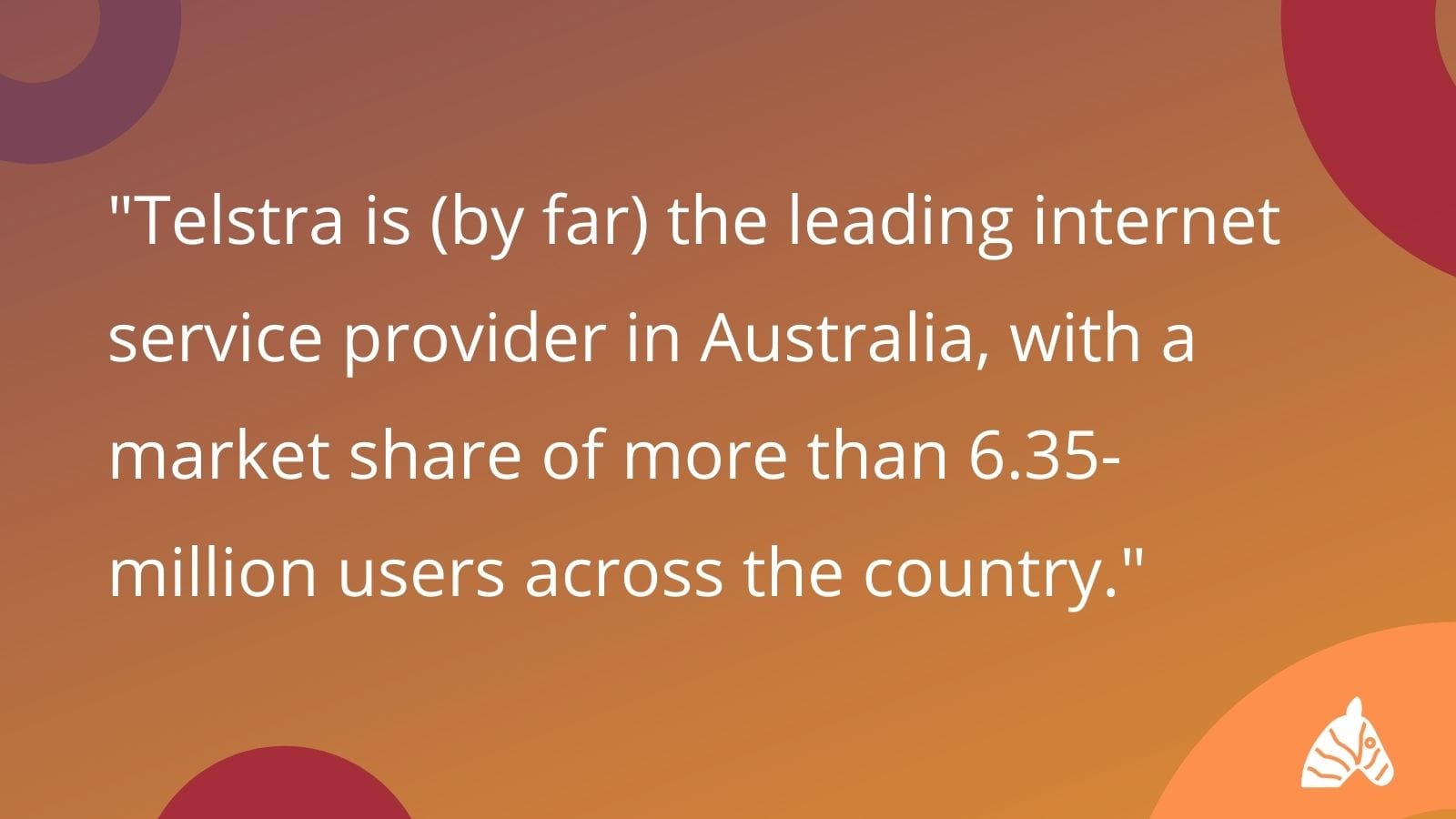 Australia is amongst the leading consumers of social media in the developed world. The following statistics reveal how many Australian’s are regularly using social media and the impact on the way Australia communicates.

Facebook is the most popular social media platform in Australia, with more than 63% of Australian’s logging onto the platform at least once per month. According to Statista Australian internet statistics, almost 80% of the Australian population were active social media users compared to 58% in 2015. 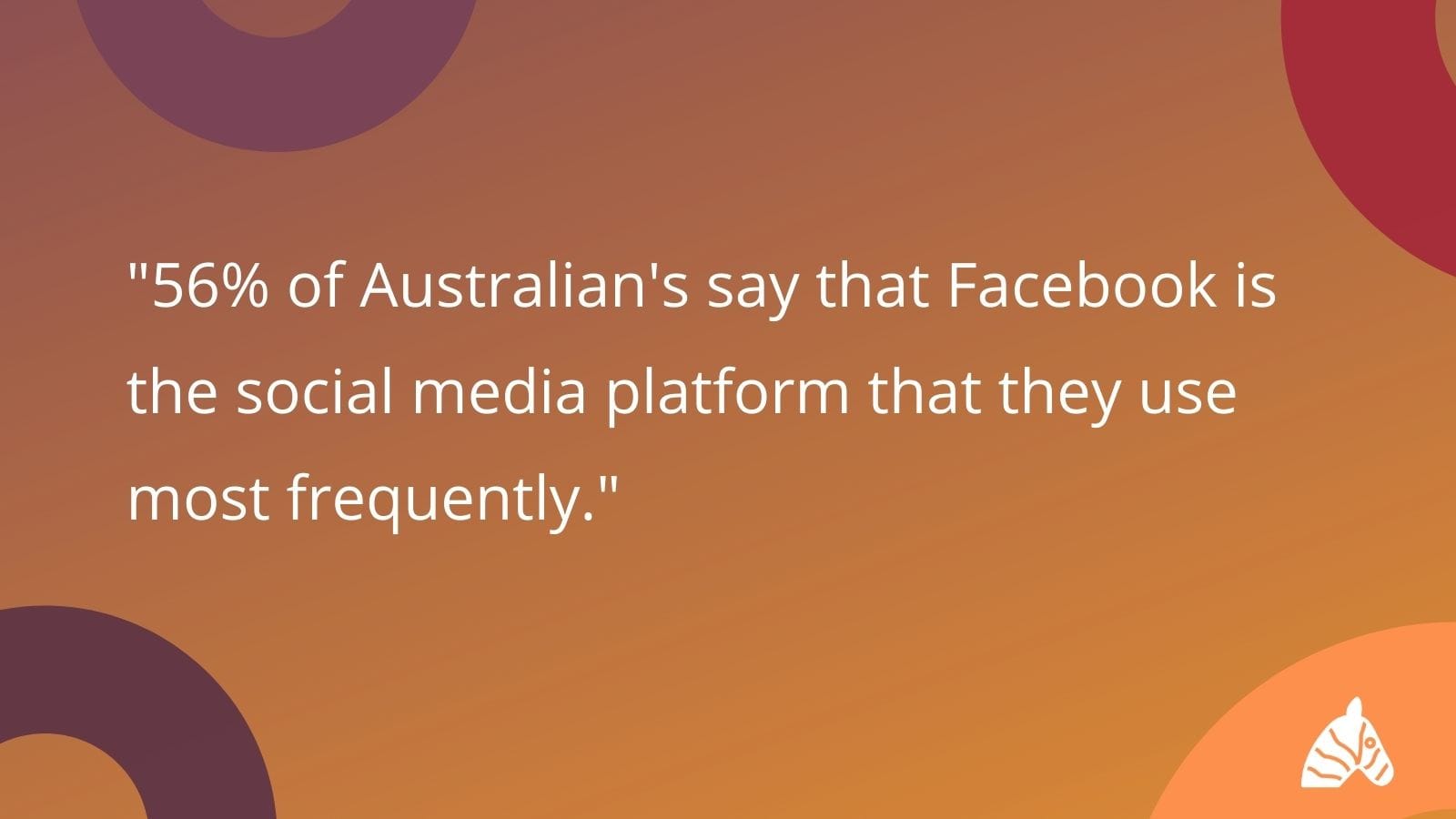 Globally, the internet continues to transform the way individuals communicate in a professional and personal capacity. From shopping to work, and general communication, internet usage and application is continuing to increase at an exponential rate. In addition, the COVID-19 pandemic has reinforced the role of the internet in connecting global communities and facilitating domestic and cross-border commerce. 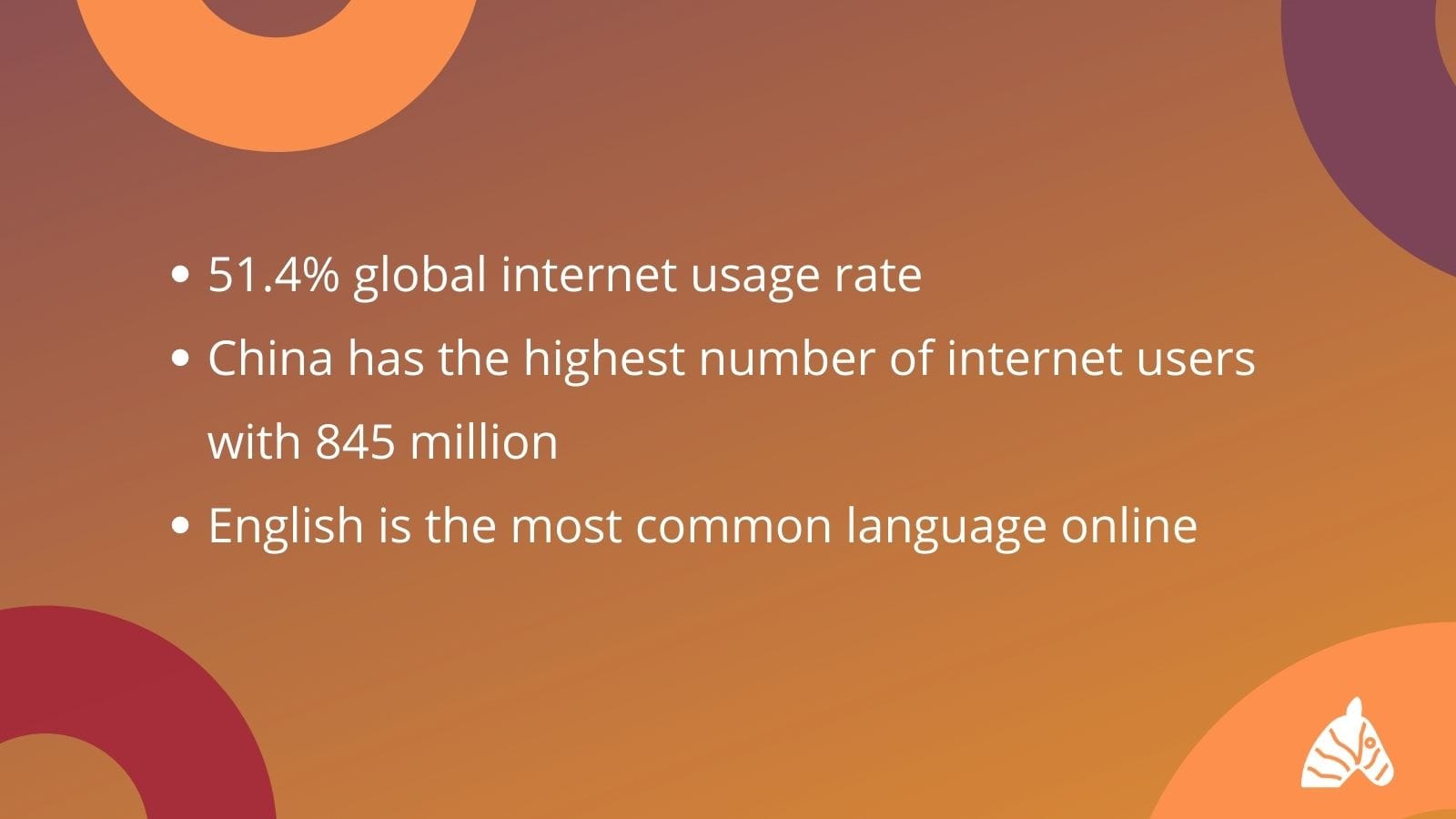 Some of the most interesting global internet usage statistics in 2022 include:

• 51.4% global internet usage rate
• China has the highest number of internet users with 845 million
• English is the most common language online
• 1.18-billion active broadband subscriptions globally
• 25-34-years is the age group with the highest internet usage rate
• 170-minutes is the average time spent online each day per capita
• 145-minutes is the average time spent on social media each day per capita
• Facebook is the most popular social media network globally
• 54.18% of internet use comes from mobile devices globally