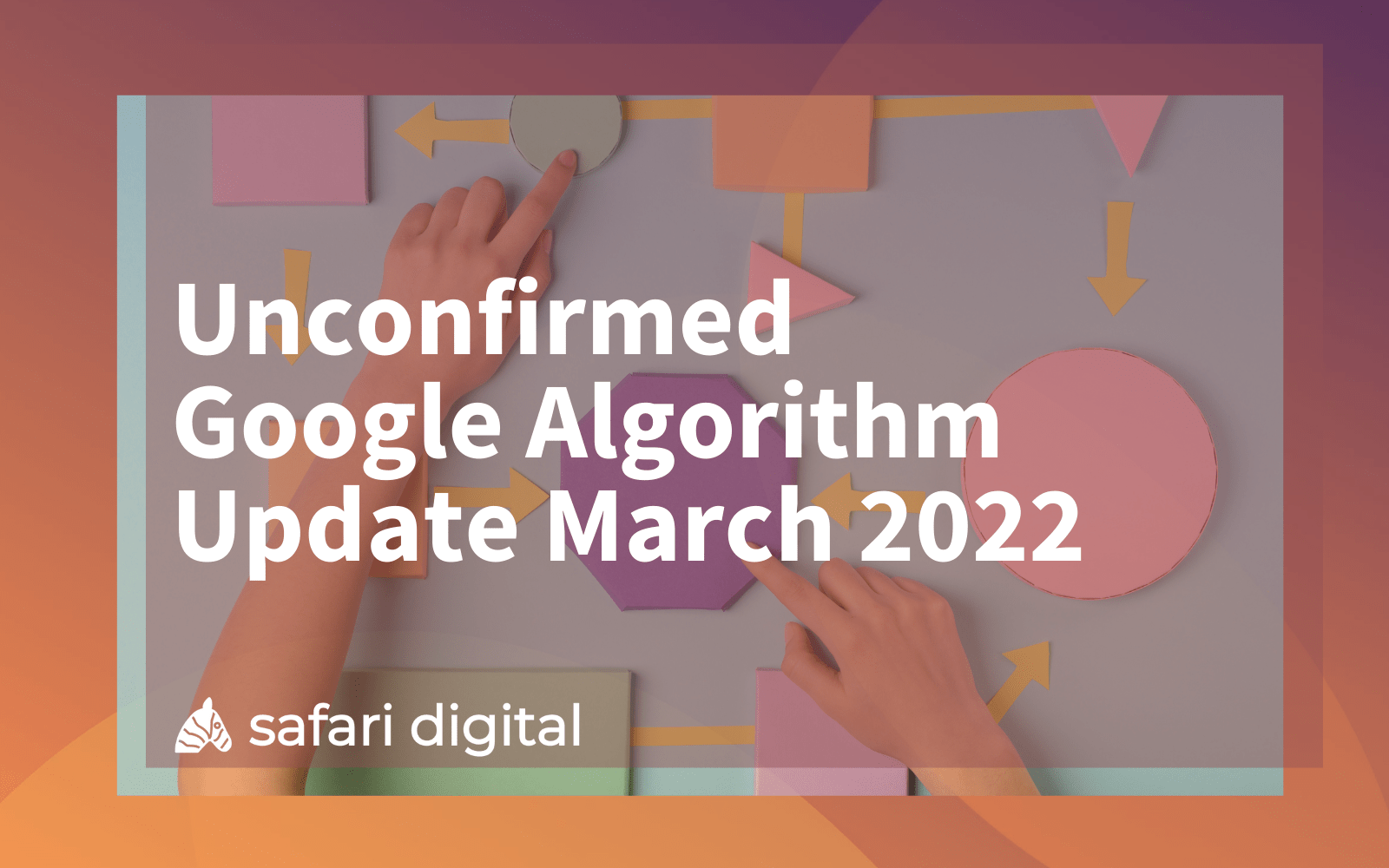 March has started with a bang with an unconfirmed Google Algorithm update for March 2022 causing widespread ranking changes in the Google search results across a wide range of industries.

On the 1st March 2022 we are seeing a high number of SERP fluctuations across almost every industry which suggests that Google may be rolling out the first major update for 2022. After what has been a quiet six weeks since an unconfirmed Google update on the 17th January 2022, we are seeing a lot of chatter on twitter with users reporting ranking disruptions and large changes to site traffic over the past 24-hours.

The latest updates from SERP change tools Semrush Sensor and Mozcast do not currently reflect the level of chatter that we are seeing online or the number of fluctuations that we are seeing amongst our own clients at Safari Digital.

Update 24th March 2022: Google have today released the Product Reviews Algorithm Update for March 2022. This is not a Core Update and we have no further data to suggest when the next major update will be.

Here is what the tools tell us: 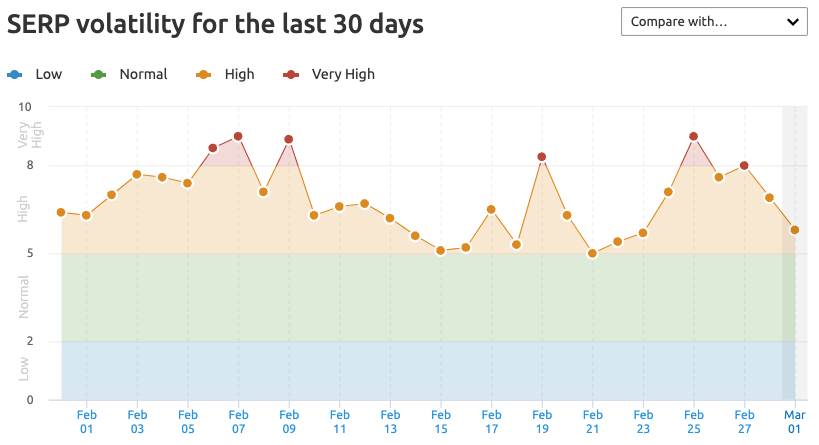 Mozcast shows a high number of ranking changes beginning on the 24th February and continuing right up until the end of the month.

When did the volatility start?

As we can see from the above SERP tracking charts, there has been a high-level of SERP volatility for a little over a week.

At this stage, the most recent update from Google around potential updates pertains to the Google Page Experience Update for Desktop that started to roll out on the 22nd of February. The above charts indicate that a higher level of volatility started around that time.

Given that this update will continue to roll out over the next 4-5 weeks it is possible that the SERP fluctuations that we are seeing are associated with the update. However, given how mild (and gradual) the Google Page Experience Update was when it started to roll out in June last year, we suspect that there is something else at play.

When is the next Google core update?

Google releases one or more changes each day that are designed to improve the quality of search results. Most of these updates are not noticeable, however, over the last 18-months the number of updates which have been noticeable across a wide range of industries has certainly increased. Historically, SERP results have been much less volatile than we have seen over the past 18-months.

Google releases 2-3 major algorithm updates per year known as Core Updates or Broad Core Updates. History of updates over the past two and a half years:

Based on what we are seeing in the tools and the chatter that we are observing online, this does not look like a core update. This appears to be the early rumblings of a major update that will roll out at some point between the 9th March 2022 – 27th March 2022. Of course, this is only an estimation, Google will roll out a core update when it has enough data and information to implement changes that will create a better SERP experience for users.